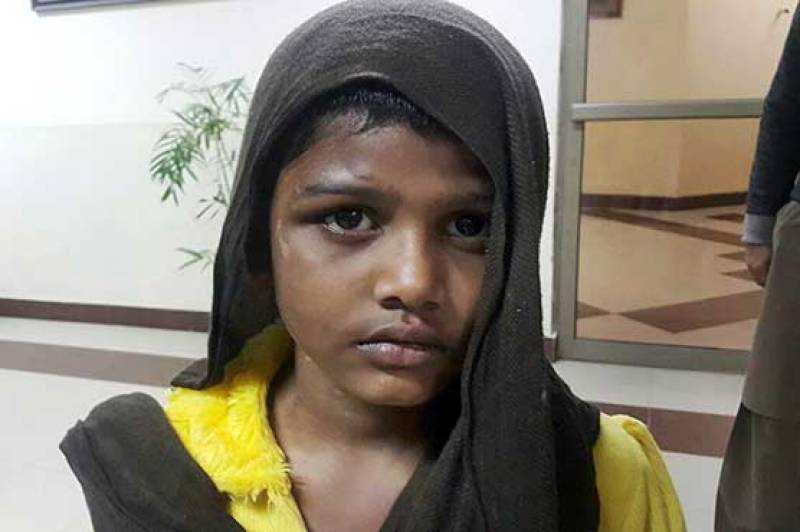 According to report, the DNA samples have confirmed that the couple which came forth initially to claim Tayyaba as their daughter are her biological parents.

Executive Director Pims Dr. Altaf said, DNA samples have established that Mohammad Azam and Nusrat Bibi, residents of the suburbs of Jaranwala, are the real parents of Tayyaba.

The couple was the first to claim Tayyaba as their daughter. Meanwhile, other four couples were also making the same claim.

Following court orders, the DNA test was conducted more than a week ago Tayyaba herself had also identified Azam and Nusrat as her parents.

The report will be submitted in court during the next hearing, which is scheduled for January 18. Tayabba is being kept at Pakistan Sweet Home as per court orders.

According to initial police report, Tayyaba's injuries were caused by falling down the stairs. However, the girl told Assistant Commissioner Nisha Ishtiaq that she had been tortured by ADSJ Raja Khurram Ali Khan and his wife when the Islamabad High Court took notice of the issue and ordered an inquiry into the matter.

Chief Justice Saqib Nisar took suo motu notice of the matter and ordered the district administration to conduct a fresh medical examination of the girl to verify her claim. In the meantime, two other women approached the Supreme Court, claiming to be Tayyaba’s mother.

Following the court orders, the two women had provided blood and hair samples at Pims.