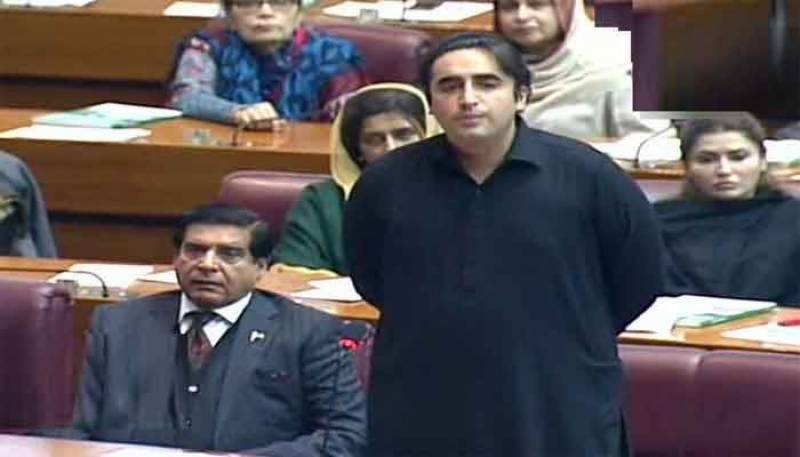 While, expressing his views on the budget FY2021-22 during the National Assembly (NA) session, he said that the masses are aware of the fact that "claims of 4% growth are based on lies.

"If the budget raises petrol, gas, and electricity prices, then every Pakistani has to bear the burden of the government's incompetence," said Bilawal, adding that had there been economic growth, so many people would not be unemployed.

Taking a jibe at the government once again, Bilawal said that as per the economic survey, if nothing else, the population of donkeys has increased in the country, for which Prime Minister Imran Khan's policies must be lauded.

He said that only Rs12 billion had been earmarked for the agricultural sector, which is the backbone of the economy.

"The government has abandoned the farmer community. They have not even been provided with fertiliser subsidy," said Bilawal.

The PPP leader also lamented that the National Finance Commission (NFC) award has not been given to date.

"Until the NFC award is given, every budget would be unconstitutional, Whenever we talk about the 18th Amendment and NFC, we are mocked over the 'Sindh card'."

Bilawal further added that every province would suffer if the NFC award was not given and added that it was the federal government's constitutional duty.

"If the members of Sindh do not talk about Sindh, will they talk about Germany?" Bilawal asked. "Sindh's water is stolen and when the chief minister talks about it, the federation does not listen."

The PPP leader added that it was also contradictory to see that natural gas was available in the entire country except for the people of Sui in Balochistan.

Bilawal further said that the PTI government did not even spare Azad Jammu and Kashmir and burdened the people there with the imposition of taxes.

On Thursday, Opposition Leader in the National Assembly (NA) and Pakistan Muslim League-Nawaz (PML-N) president Shehbaz Sharif said that the federal budget proposed by the Pakistan PTI-led government will further increase poverty and inflation in the country.

Slamming the government, the Opposition leader said that the budget was "fake", as the pockets of the poor people were "empty" and they were not able to feed their families.

The PML-N leader said that 20 million people have been pushed below the poverty line during the last three years while the growth rate has come down drastically in the last year.