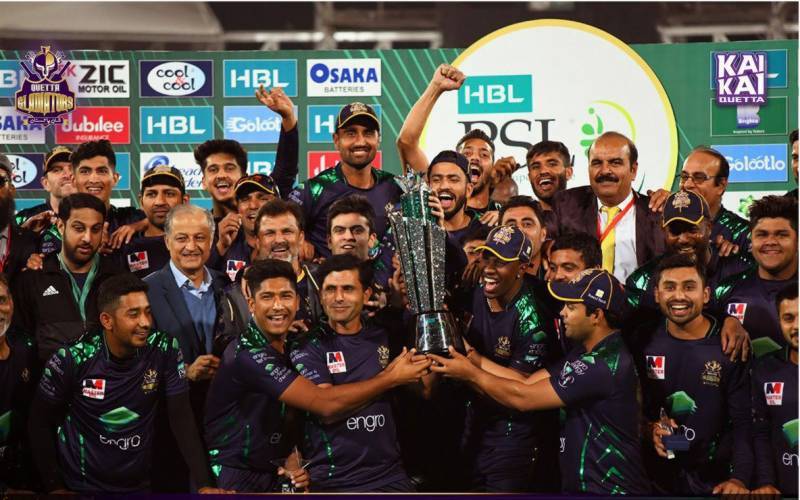 Fast bowler Mohammad Hasnain's 3-30 and Ahmed Shehzad's unbeaten 59 played a pivotal role in scripting the decisive victory for the Gladiators.

Quetta's bowling attack restricted Peshawar to 138-8. In response, the Gladiators chased down the target in 17.5 overs.

Albeit Shane Watson (7)'s run-out and Ahsan Ali (25)'s soft dismissal by Wahab Riaz, the chase remained a walk in the park for the Gladiators.

Best Batsman of the tournament & player of the #HBLPSL 2019, @ShaneRWatson33.

Man of the Final, Muhammad Hasnain.

The ceremony began with a one minute silence to honour the martyrs of Christchurch terrorist attack.

Pakistan Cricket Board (PCB) chairman Ehsan Mani thanked law enforcement agencies for restoring cricket and bringing flagship to the PSL. He stated that Pakistan was ready to host international fixtures.

The PCB chairman said that the hosting of PSL 2019 final in Karachi is an historic day. “This is a historic day for Karachi and Pakistan that we are hosting the finals of HBL PSL 2019,” said Mani.

Over 200,000 people attended the Karachi’s National Stadium for the eight matches of PSL-Pakistan leg.