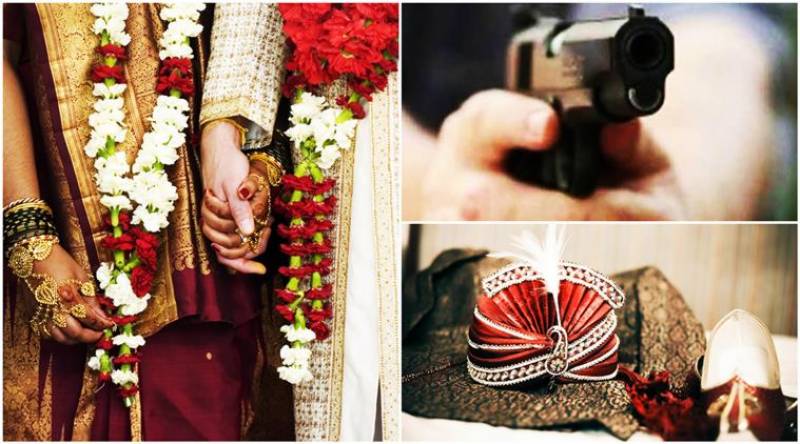 Mumbai (Web Desk): A young woman abducted her lover at gunpoint from his wedding in Indian state of Uttar Pradesh.

According to media reports, the young man and his abductress had been in a relationship, before things went awry and the jilted woman took this ‘drastic’ step.

Police said Ashok Yadav, the kidnapped man, was employed as a compounder at a doctor’s clinic and became involved with a woman who also working there.

The young couple professed eternal, undying love for each other. But soon, trouble emerged in paradise when Ashok’s marriage was arranged with a girl living in Hamirpur district’s Bhawanipur village. After the engagement ceremony, he stopped answering his girlfriend’s calls, SMS and WhatsApp messages.

In the midst of this, the young woman arrived at the venue along with a handful of other people. Armed with a revolver, she confronted her lover and, according to eyewitnesses, demanded why he was marrying another woman when he was in love with her.

She then grabbed Ashok by his collar, shoved him into her waiting car and drove off.