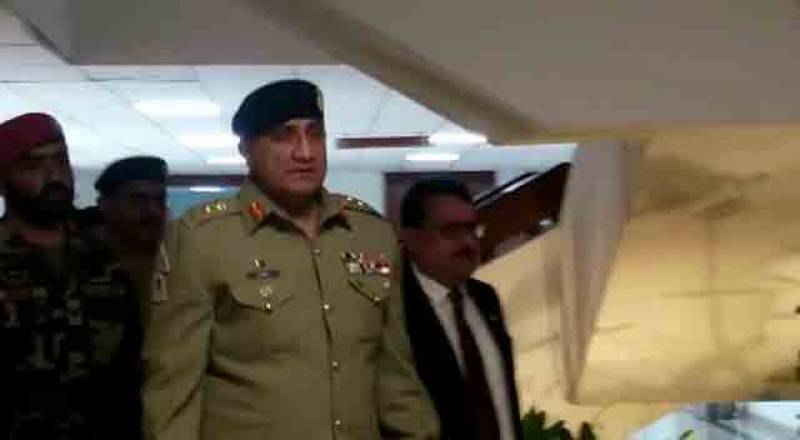 Islamabad (Staff Report): Chief of Army Staff (COAS) General Qamar Javed Bajwa is briefing the Senate Committee of the Whole House on the national security during an extraordinary in-camera session which is being presided over by Senate Chairman Raza Rabbani.

This is the first time after six years that the military leadership has come to the Parliament House for a presentation to the elected representatives on the security situation.

Strict security arrangements have been taken around the Parliament House and all the gates are being closed.

Earlier, Senate Chairman Mian Raza Rabbani chaired the session of the House on Monday, where he revealed the plan.

During his address, Mian Raza Rabbani said the Army Chief will brief the House on his recent visits to Iran and other countries with special reference to regional security situation.

The in-camera meeting of the committee of the whole House was constituted on the motion moved by Leader of the House Raja Zafarul Haq to prepare policy guidelines in the light of emerging regional realities and the role of United States.