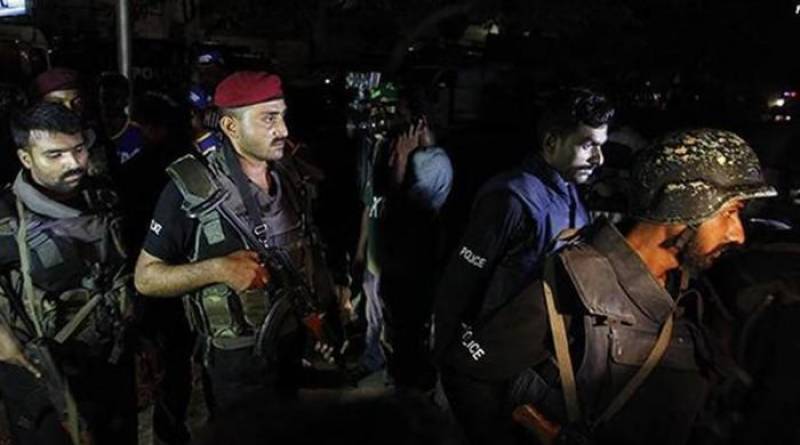 Layyah (Staff Report): At least 5 terrorists were killed during an operation conducted by Counter Terrorism Department (CTD) of Multan in the early hours of Sunday in Layyah.

According to details, these terrorists belonged to outlawed organization, Jamaat-ul-Ahrar. CTD conducted a raid on a tip-off at the place where terrorists were hiding. Terrorists opened fire on CTD team and were gunned down by CTD firing in retaliation. Three terrorists managed to escape.

Forces believed that these terrorists were planning to attack a shrine in Multan and were waiting for the order of their commander Umar Khalid Kharasani. Weapons, arms and explosives were also recovered from these terrorists.