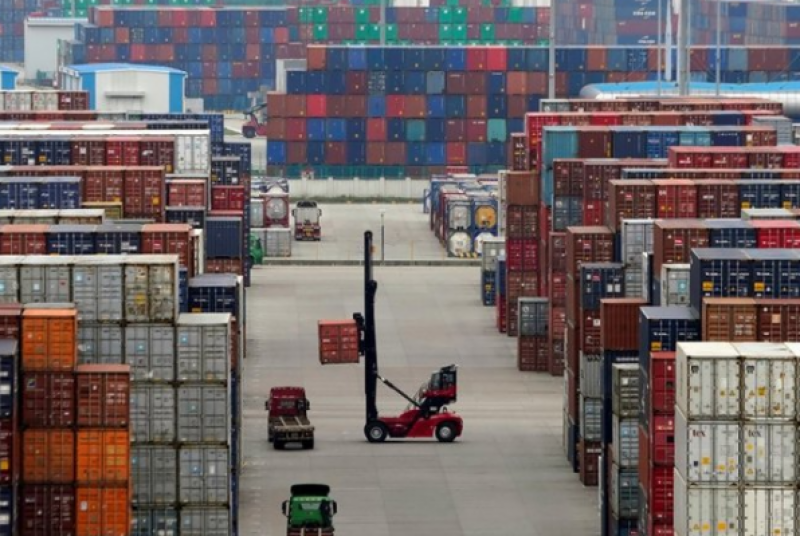 Beijing (Agencies): China and the United States plunged deeper into a trade war after Beijing added $US60 billion ($NZ91b) of US products to its import tariff list.

The move comes in retaliation for President Donald Trump's planned levies on $ 200 billion worth of Chinese goods.

The tit-for-tat measures are the latest escalation in an increasingly protracted trade dispute between the world's two largest economies.

Yesterday, the US administration said it will begin to levy new tariffs of 10 percent on about $200 billion of Chinese products on 24 September, with the tariffs to go up to 25 percent by the end of 2018.

"China is forced to respond to US unilateralism and trade protectionism, and has no choice but to respond with its own tariffs," the Finance Ministry said in a statement on its website.

Beijing will impose levies on a total of 5207 US products - ranging from liquefied natural gas to certain types of aircraft as well as cocoa powder and frozen vegetables - at 5 and 10 percent, instead of previously proposed rates of 5, 10, 20 and 25 percent, the finance ministry said.

Both countries' tariffs come into force on 24 September.

So far, the United States has imposed tariffs on $50 billion worth of Chinese products to pressure China to make sweeping changes to its trade, technology transfer and high-tech industrial subsidy policies.

Beijing has retaliated in kind, but some analysts and American businesses are concerned it could resort to other measures such as pressuring US companies operating in China.

While both sides said they were open to talks, Mr Trump launched a Twitter broadside at China, accusing Beijing of targeting rural voters who had supported his presidency by hitting agricultural goods.

"China has openly stated that they are actively trying to impact and change our election by attacking our farmers, ranchers and industrial workers because of their loyalty to me," Mr Trump wrote.

It was not clear what statement from Beijing Mr Trump was referring to in his post. A short video published this summer by Beijing had suggested that farmers would not vote for Mr Trump if their incomes were hurt by his trade policies.

Mr Trump warned yesterday that if China takes retaliatory action against US farmers or industries, "we will immediately pursue phase three, which is tariffs on approximately $267 billion of additional imports."

In light of the US action, China is reviewing plans to send a delegation to Washington for new talks, the South China Morning Post reported, citing a government source in Beijing.

The Wall Street Journal reported that Beijing was considering sending Vice Commerce Minister Wang Shouwen to trade talks this month but not Vice Premier Liu He, a senior official who is close to China's president.

US Commerce Secretary Wilbur Ross said the next step on holding "constructive negotiations" was up to China.

"So the question about whether or when to have a discussion is very importantly in their ballpark," Mr Ross told CNBC.

Vice chairman of China's securities regulator Fang Xinghai told a Tianjin forum that he hoped the two sides could sit down and talk, but said the latest US move "poisoned" the atmosphere.

The European Union trade chief said the tariff issues between the two should be resolved through the World Trade Organization.

The EU and the United States have declared a truce in their own trade dispute while they negotiate.

"Trade wars are not good and they are not easy to win, and this escalation is of course very unfortunate," European Trade Commissioner Cecilia Malmstrom told reporters, echoing one of Mr Trump's catch phrases that trade wars were easy to win.

China's yuan currency slipped against the US dollar after news of the US measures. It has weakened by about 6.0 percent since mid-June, offsetting the 10 percent tariff rate by a considerable margin.

US stock markets opened higher and the Nasdaq index was up 1 over 1 percent by mid-morning.