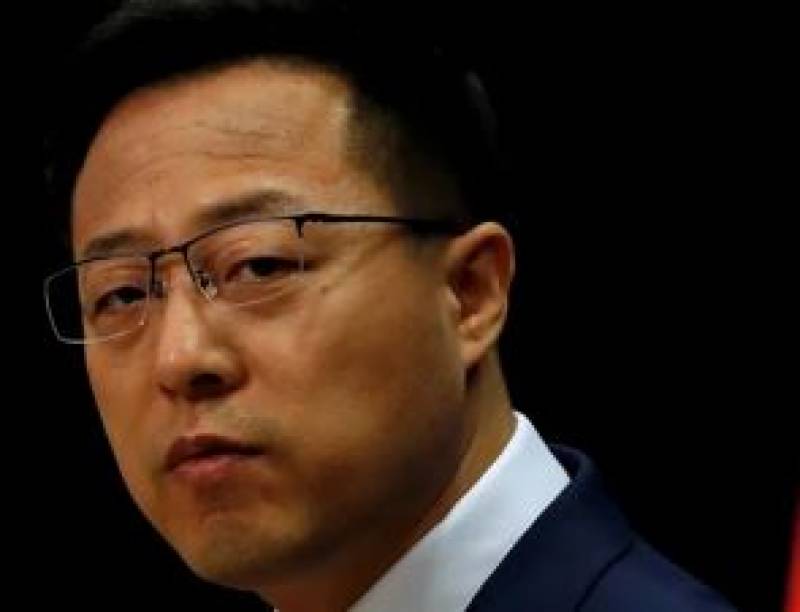 Beijing (Web Desk): Beijing on Tuesday accused Donald Trump of smearing China and shirking American responsibilities to the World Health Organization, after the US president threatened to pull out of the UN health body.

Trump on Monday called the WHO a "puppet of China" before tweeting a letter he had sent to the organisation's chief Tedros Adhanom Ghebreyesus threatening to make permanent a temporary freeze on funding from the US.

China in response accused Trump of trying to "smear China" and "shirk responsibility and bargain over its international obligations to the WHO", foreign ministry spokesman Zhao Lijian said at a regular press briefing Tuesday.

"The US leader's open letter you mentioned is full of hints, 'perhaps', and 'maybes', and tries to use specious methods to mislead the public, and achieve the goals of smearing China's anti-virus efforts, and shirk responsibility for the United States'own insufficient response," Zhao said.

"The US tries to use China as an issue to shirk responsibility and bargain over its international obligations to the WHO. This is a miscalculation and the US has picked the wrong target."