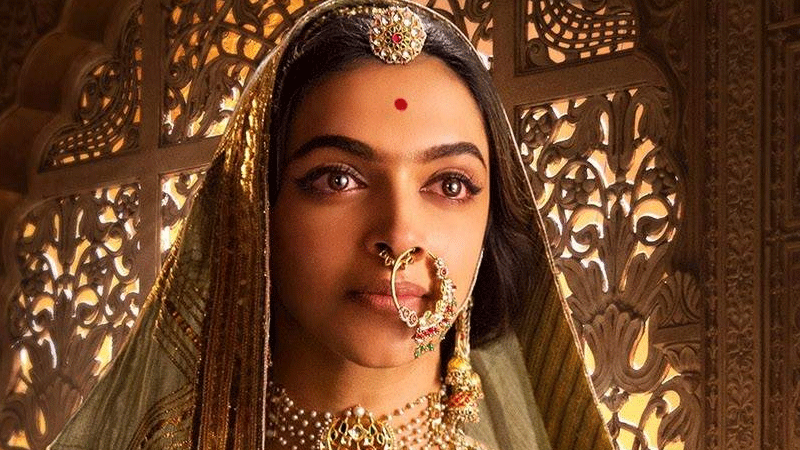 New Delhi (Web Desk): Indian media reported that a senior BJP leader from Haryana has increased the amount of bounty money for Padukone and Bhansali to a prize of $1 million.

‘Padmavati’ release has already been postponed. The head money will be given to anyone who would behead Padmavati director Sanjay Leela Bhansali and the film’s female lead Deepika Padukone.

Suraj Pal Amu, the BJP’s media coordinator in Haryana, told Indian media on Sunday evening that he has “announced to double the prize money of Rs 5 crore announced by Meerut youth Som”. A man called Thakur Abhishek Som from Meerut was reported to have offered the Rs 5 crore bounty a few days ago.

Amu first made his offer during a function of the Akhil Bharatiya Kshatriya Mahasabha in New Delhi on Sunday. News agency ANI tweeted his statement, “Want to congratulate Meerut youth for announcing Rs 5 crore bounty for beheading Deepika, Bhansali. We will reward the ones beheading them with Rs 10 crore, and also take care of their family’s needs.”

The Haryana BJP said Amu had made the statement in his personal capacity.

Asked about any possible action against Amu for this “threatening remarks”, Haryana BJP spokesperson Raman Malik said, “This is the discretion of the state BJP chief (Subhash Barala). The matter has come up just today. I will speak to the state party chief tomorrow and will let you know.”

Amu’s comments, Malik said, “is his personal remark, being a Rajput and member of a certain social set-up”.

The Indian Express attempted to contact more than half a dozen cabinet ministers of the Khattar government by calling them on their mobile phones and sending them text messages, but received no responses. Subhash Barala and Amit Arya, the media advisor to the Haryana chief minister, too, did not respond to text messages and calls.

In New Delhi, the National Commission for Women said it will write to Gurgaon Police, seeking action against Amu. “The NCW strongly condemns this statement,” it said.

Suraj Pal Amu also threatened Ranveer Singh, who plays the villain in the historical drama, that he will break his legs for working in it. “If you (Ranveer Singh) do not take back your words, we will break your legs,” he said, along with other threats and slurs.

Amu also expressed his support for those who had announced head money earlier, saying he will reward them. “I want to congratulate the Meerut youth for announcing INR5 crore bounty for beheading Deepika, and Bhansali. We will reward the ones beheading them, with INR10 crore and also take care of their family’s needs,” Scroll.in quoted him as saying.

has been making headlines throughout the year. Many Rajput groups claim it has objectionable scenes of Queen Padmavati and Alauddin Khilji. On account of these charges, the film’s release has been “voluntarily” deferred from December 1, a spokesperson for Viacom18 Motion Pictures said on Sunday.

“Viacom18 Motion Pictures, the studio behind Padmavati, has voluntarily deferred the release date of the film from December 1, 2017,” the company spokesperson said in a statement.

Some Hindu groups have been protesting against the movie’s release, while other political outfits have demanded that its release be deferred in view of the Gujarat Assembly elections.

The makers have also not got a clearance yet from the Central Board of Film Certification (CBFC), which said the application from the makers was “incomplete.”

A new release date will be announced once the “requisite clearances” are in place. “We are a responsible, law-abiding corporate citizens and have the highest respect and regard for the law of the land and all our institutions and statutory bodies including the CBFC.”

“We always have and are committed to continue following the established procedure and convention. We have faith that we will soon obtain the requisite clearances to release the film. We will announce the revised release date of the film in due course,” the statement added.

On Saturday, Indian CBFC chairperson Prasoon Joshi had expressed disappointment over the film being screened for some journalists, who said there was nothing in it to hurt anyone’s sentiments.

The makers have described Padmavati as “a beautiful cinematic masterpiece that captures Rajput valour, dignity and tradition in all its glory.”

The spokesperson added, “The film is an eloquent portrayal of a tale that will fill every Indian with pride and showcase our country’s storytelling prowess across the globe.”