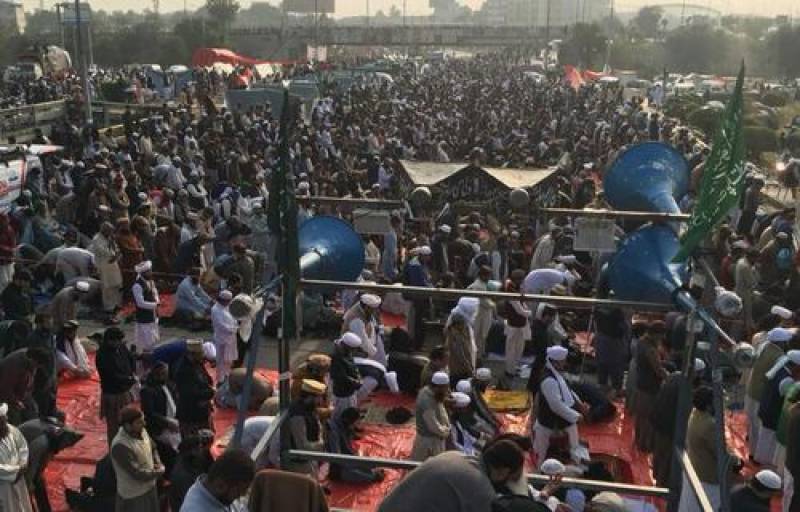 Addressing a press conference, along with Religious Minister Sardar Yousaf, Interior Minister Ahsan Iqbal said that another committee has been formed to resolve the issue.

Ahsan Iqbal has called an emergency meeting of religious scholars belonging to all schools of thought over the ongoing protest.

In order to bring the protest to a peaceful end the government took this step to hold this consultative meeting today.