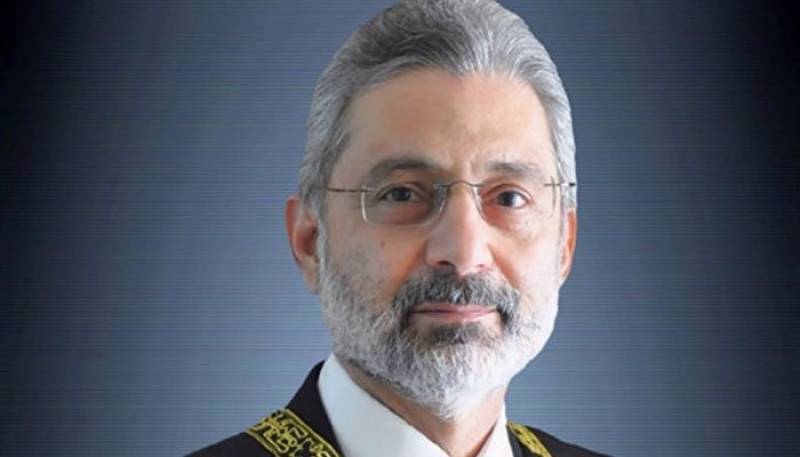 The bench headed by Justice Umar Atta Bandial will comprise 10 judges of the apex court.

A constitutional petition filed by Justice Isa requesting the apex court to form a full court bench comprising all eligible judges to hear his petition.

Top court’s order authored by Justice Umar Ata Bandial read, “To explain the expression “eligible judges”, learned counsel has, with utmost respect, requested that learned judges on the bench who may possibly benefit from the dismissal of this petition should kindly rescue from the proceedings.”

The order added that Justice Isa underscored that the ‘possibility’ of the judge being swayed over a personal advantage is a ground for recusal under Article 4 of the Code of Conduct of Judges of the Supreme Court and the High Courts of Pakistan.

“In the circumstances, to further promote transparency in the proceedings and confidence of all persons interested in these proceedings, it is directed that the Full Court may be constituted in these connected matters,” said the order and referred the matter to the top judge to pass the appropriate order.

Out of the 16 SC judges, 10 will be eligible to hear the case since three judges are members of the Supreme Judicial Council (SJC) hearing the presidential references against Justice Isa while Justice Sardar Tariq Masood and Justice Ijazul Ahsan on Tuesday recused themselves from the CJP-constituted seven-member larger bench.