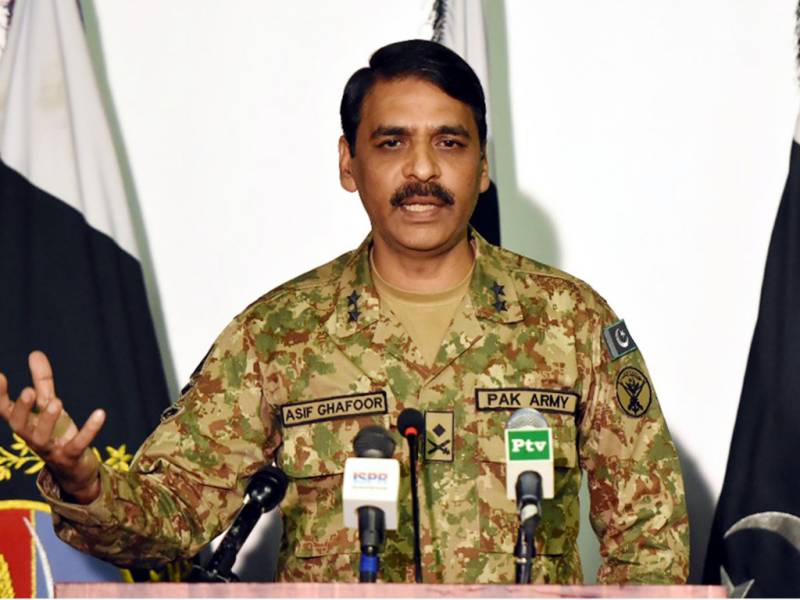 “Every single terrorist was on the target of security forces during the operation,” Asif Ghafoor told journalists at a news conference on Monday. "We have achieved our ground objectives in Rajgal and Shawal valleys," he said.

Two soldiers of the Pakistan Army were martyred and 15 injured during the operation, which was meant to clear out terrorist hideouts from the target areas.

The army's spokesman aired a brief documentary of the operation before detailing the progress of Operation Raddul Fasaad across the country.

About the Lahore’s blast near Arfa Karim Tower on Ferozepur Road which left 26 dead including nine policemen and more than 50 others injured, the DG-ISPR said the real target of the terrorists was Punjab Chief Minister Shehbaz Sharif. He added that the mastermind of the July 24 suicide attack.

On July 16, army launched the major ground offensive in one of the last two remaining pockets in the tribal areas bordering Afghanistan as part of Pakistan’s ongoing efforts to establish state writ in the region and also deny Da’ish any space in the country.