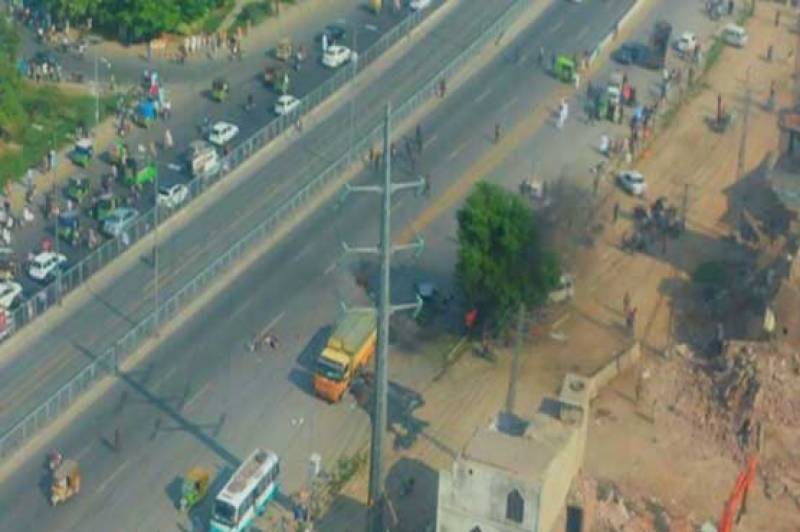 Lahore (Staff Report): At least 26 people including eight police officials were martyred and 53 others were injured in a suspected suicide blast near the Arfa Karim IT Tower on Lahore's Ferozepur Road on Monday afternoon.

Following the incident, law enforcement agencies cordoned the area and began the investigation. A contingent of Pakistan Army also reached the blast site.

Two vehicles, including one motorcycle, have reportedly been damaged in the incident.

Spokesperson Punjab government Malik Ahmed Awan said the city district government’s anti-encroachment department was conducting an operation against land mafia at the time of the attack.

Police said a 70cc motorcycle registered on May 15, 2017 was used in the blast. Its owner has been identified as one Usman Ali.

Punjab CM Shahbaz Sharif has expressed grief over the loss of life in the blast and sought a report from law enforcement agencies.

DIG Operations Dr Haider Ashraf said a police picket was targeted in the attack. “We are collecting evidence and this could be a suicide bombing. The death toll includes police and civilians.”