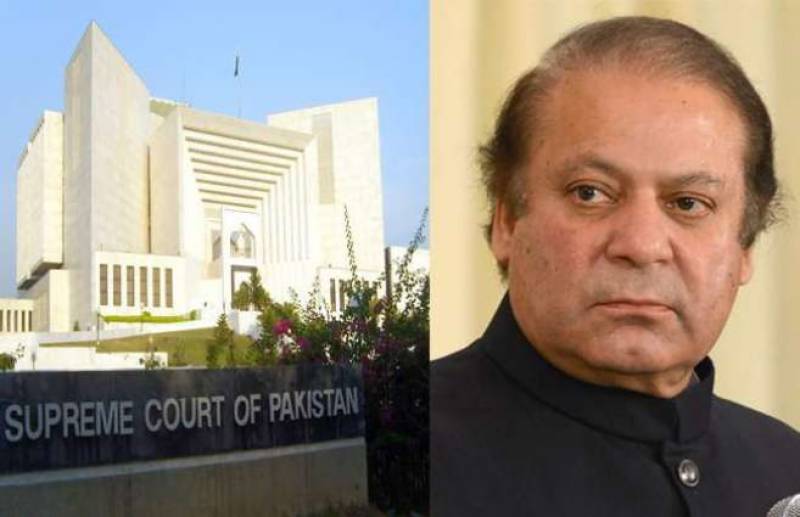 Islamabad (Staff Report): Chief Justice of Pakistan on Wednesday rejected former prime minister Nawaz Sharif’s plea to club all the three references filed by the National Accountability Bureau (NAB) against him and his family.

During an in-chamber hearing on Wednesday, the plea was dismissed for the third time as the same was rejected on Jan 4, 2108 and December 2, 2017.

The former premier had filed the plea against the objection raised by Registrar Office of the apex court over the petition.

In his petition, Sharif had claimed that filing three separate references against him was “illegal, and violates the law and the Constitution, besides being violative of his [Sharif’s] fundamental rights”.

The petitioner had also urged the court to halt proceedings of the trial court until a single reference is filed. It also pleaded that direction issued in Panamagate verdict to the NAB regarding filing the three reference should be declared null and void. The petition added that holding of several trials based on one allegation is against the basic rights of the petitioners.

At first, the same petition was rejected by the accountability court, which is hearing the corruption references against Sharif, his children – Maryam, Hassan and Hussain Nawaz – and son-in-law, Captain (retd) Safdar, on October 19 last year.

Aggrieved from the decision, Sharif moved the Islamabad High Court (IHC) taking up the matter of single trial in the references. The high court approving the plea directed the trial court to re-consider the application and gave a detailed verdict.

On November 8, the accountability court again take up the matter but rejected the plea citing that all references have different allegations.

He again moved the IHC against the verdict of the trial court and the former premier has to face the rejection.