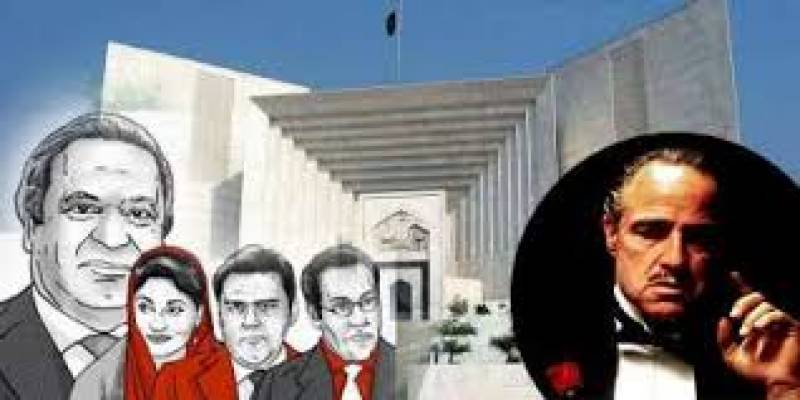 He lamented that labels and statements are being attributed to judges out of context, and urged everyone to not repeat them. “Do not attribute that which has not been said by the apex court in its verdict,” he said.

"Have you read the Panamagate judgement?" Justice Khosa asked the deputy attorney general present in court.

It should be noted that the first judgment in the case was issued last year on April 21 and was split 3:2 among the five-judge bench, with two dissenting notes from Justice Khosa and Justice Gulzar Ahmed. The order of the judgement, based on majority, was that a "thorough investigation was required".

Justice Khosa's dissenting note on why, in his opinion, Nawaz could "no longer be considered 'honest' and 'truthful'", had opened with a reference to the book The Godfather by Mario Puzo.

“The popular 1969 novel ‘The Godfather’ by Mario Puzo recounted the violent tale of a Mafia family and the epigraph selected by the author was fascinating: Behind every great fortune there is a crime,” Justice Khosa quoted Honoré de Balzac as saying.