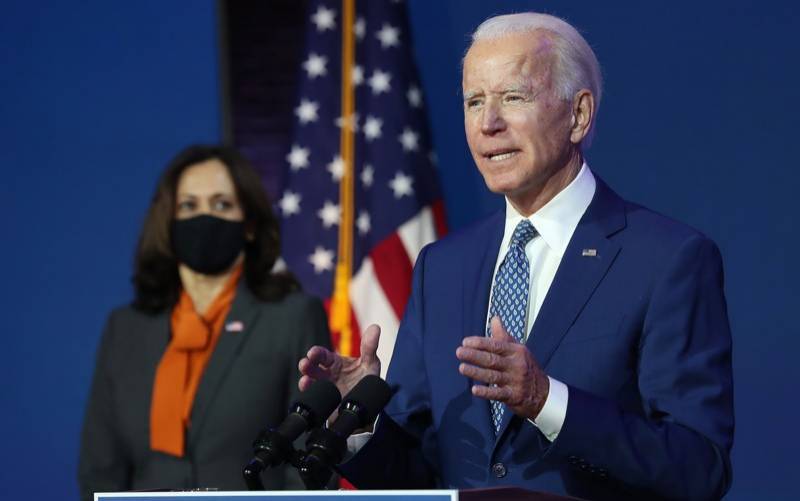 Washington (Agencies): Democrat Joe Biden took oath as 46th President of the United States (US) in Washington on Wednesday amid tight security arrangements.

The presidential oath was administered by the Chief Justice of the Supreme Court John Roberts.

Kamala Harris was also sworn in as Vice President of the country.

Harris, the daughter of immigrants from Jamaica and India, became the first Black person, first woman and first Asian American to serve as vice president after she was sworn in by US Supreme Court Justice Sonia Sotomayor, the court's first Latina member.

In his inaugural address, Joe Biden said it was a day of "history and hope". "My whole soul is in putting America back together again," he added.

Highlighting a message of unity after the turbulent years of the Trump presidency, he promised to be a leader "for all Americans" - including those who voted against him.

Strict security arrangements were made on the occasion with the deployment of 15,000 National Guard troops and thousands of police officers.

Earlier, outgoing US President Donald Trump made his farewell address before leaving office.