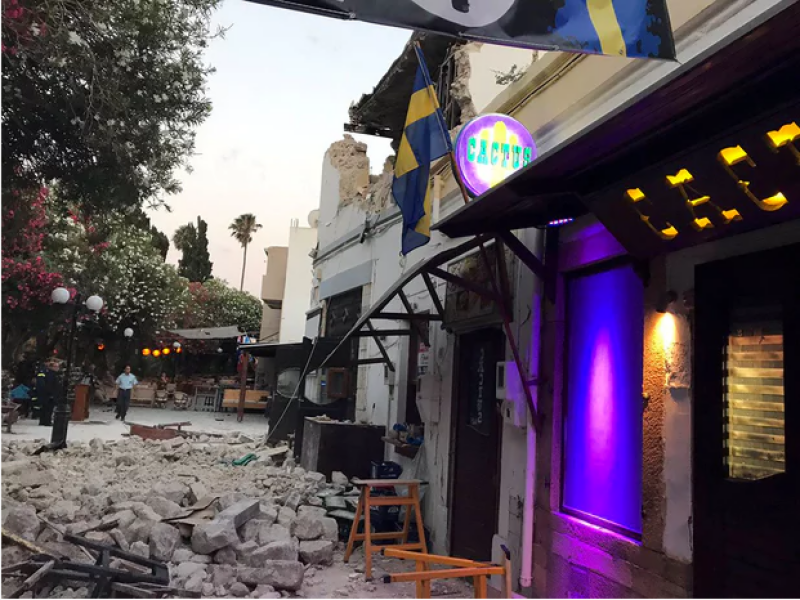 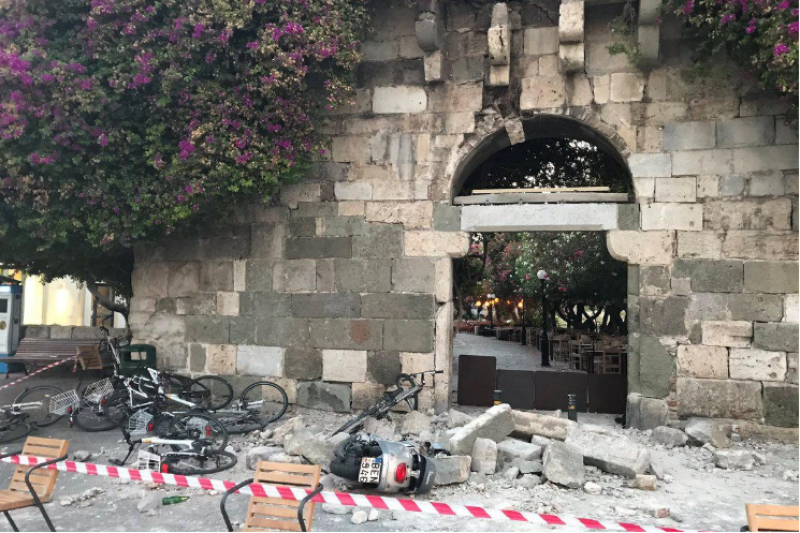 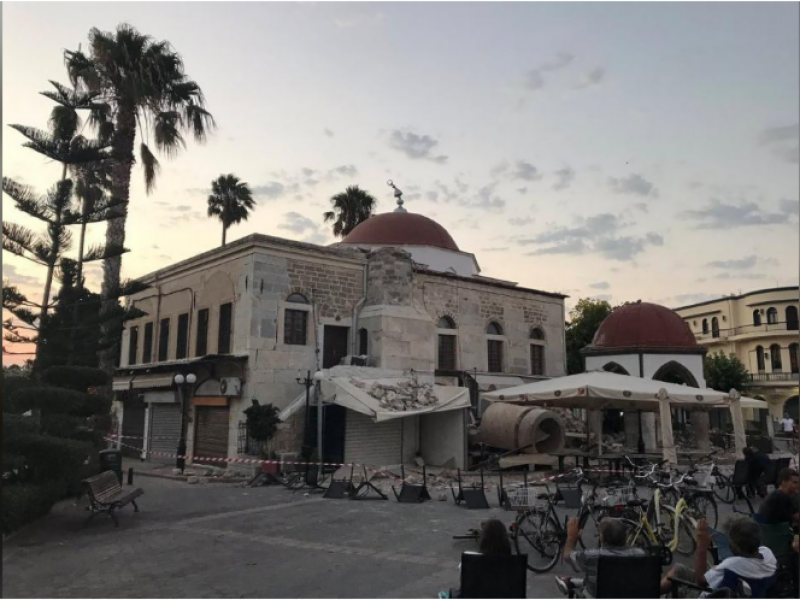 Local officials said 100 people were injured on the Greek holiday island of Kos, a destination favored by British holidaymakers. The identity of the victims was not immediately known.

Turkey's disaster and emergency management authority, AFAD, said the earthquake had a magnitude of 6.3, with its epicenter 11 km (7 miles) from the nearest settlement, the village of Camlik. Other reports put the quake magnitude at 6.7.

Across a narrow Aegean Sea waterway in Turkey's Bodrum, about 70 people were admitted to hospital, with injuries suffered in their attempts to flee the overnight tremor, which struck at 1.31 a.m. (6:30 p.m. ET Thursday).

It was the second quake of magnitude exceeding 6.0 in the broader region this year, a level that can cause considerable damage.

A hospital official said 100 people were injured, most slightly.

The Greek coast guard said damage was reported to the port of Kos, which is near a tourist strip of cafes and bars.

A ferry was unable to dock because of extensive damage. Private broadcaster SKAI showed images of a damaged quay, with wide cracks in the asphalt.

Police sources said the roof of a bar in Kos collapsed, but damage was almost exclusively confined to older buildings.

The Kostoday.com website showed images of rising sea levels and parts of the flooded tourist strip, with large chunks of rubble elsewhere. One picture showed a small fishing boat on a road. The tidal wave was about 70 cm (28 inches) high, a seismologist told Greek TV.

The tremor, whose magnitude was initially reported as 6.9, was very shallow, just 6.2 miles (10 km) below the seabed, the U.S. Geological Survey said.

Turkey's emergency authorities warned against aftershocks, but added there had been no casualties or major damage.

"Our people should know that aftershocks are continuing, so they should refrain from entering damaged or vulnerable structures," AFAD head Mehmet Halis Bilden told broadcaster CNN Turk.

Television footage from the province of Mugla showed hundreds of people abandoning buildings and waiting on the streets, as cars shook and items fell off store shelves.

Turkey's location between the Arabian tectonic plate and the Eurasian plate renders it prone to earthquakes.

In October 2011, more than 600 people died in the eastern province of Van following a 7.2-magnitude quake and powerful aftershocks. In 1999, two massive earthquakes killed about 20,000 people in Turkey's densely populated northwest.

The same year, a 5.9 magnitude quake killed 143 people in Greece.