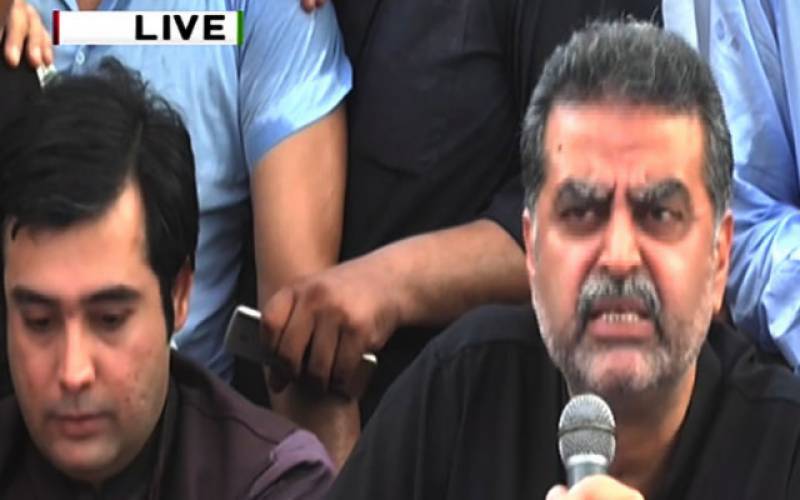 Lahore (Staff Report): The disgruntled leader of Pakistan Muslim League-Nawaz (PML-N) Zaeem Qadri on Thursday lashed out at former chief minister of Punjab Shehbaz Sharif and his son Hamza Shehbaz, saying Lahore was not their property.

“I can’t polish the shoes of Hamza Shehbaz and my elections is against younger Sharif,” said Qadri while addressing a press conference. The former minister expressed that he would contest the upcoming elections in an independent capacity. “I would contest the elections for NA-133 seat,” asserted the leader who visibly seemed furious over the attitude of Sharifs.