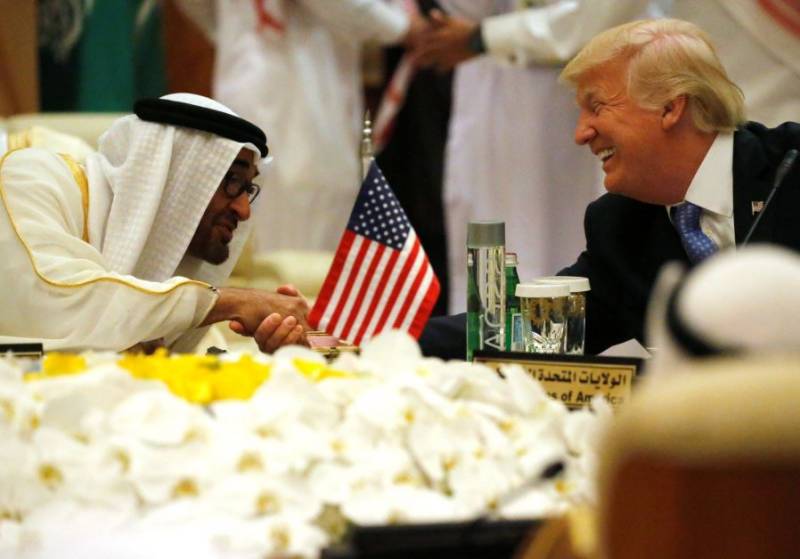 While speaking at Arab Islamic US Summit in Riyadh on Sunday, Trump said that he expects the visit to herald "a new chapter that will bring lasting benefits to all our citizens".

Trump began his speech remarking on the "incredible hospitality" he had received in Saudi Arabia. He said that Arab and Muslim nations had been impacted the most by global terrorism.

"It is a tragedy of epic proportions," he said. "Our goal is a coalition of nations that share the aim of stamping out extremism."

Trump told the dozens of assembled Arab and Muslim leaders that the fight against terror “is not a battle between different faiths.”

“This is a battle between barbaric criminals who seek to obliterate human life, and decent people," he said.

“This is a battle between good and evil... We can only overcome this evil if the forces of good are united and strong.

“Terrorism has spread across the world. But the path to peace begins right here, on this ancient soil, in this sacred land."

Trump also leveled critism against Iran which he said had flamed the fires of sectarian violence from "Lebanon to Iraq, to Yemen."

He said that nations need to work together to "isolate" Iran. "The Iranian regime's longest suffering victims are the Iranian people," Trump said.

Trump also said that he plans to meet with Palestinian President Mahmoud Abbas and Israeli Prime Minister Benjamin Netanyahu later on his foreign visit, and said that peace between the two sides was possible.

Trump thanked King Salman "for the creation of this great moment in history," and for "investing in the future of this part of the world."

King Salman spoke before Trump's address, saying that Saudi Arabia had succeed in thwarting several terror attempts. He mentioned the US-Saudi agreement, announced today, to establish a center to fight sources of terror financing. "We look forward to more countries joining the center in the future," he said.

Leaders from around the Muslim world gathered in Riyadh to hear Trump give his historic address.

‘Pakistan to take lead in engaging Muslim leaders to counter ...