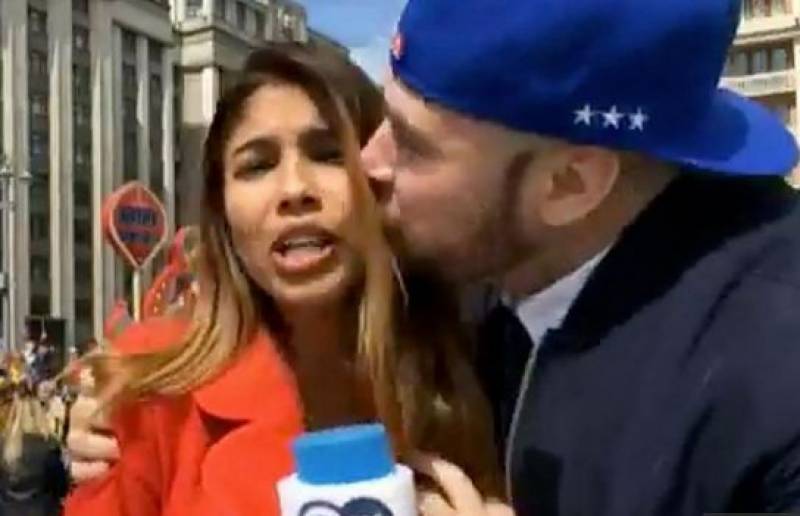 Footage shows Julieth Gonzalez Theran, a journalist working for the Spanish language division of German broadcaster Deutsche Welle (DW), being grabbed by the man who then kisses her on the cheek.

She continued the broadcast but later posted a clip of the incident on Instagram with the caption: “RESPECT! We do not deserve this treatment.”

She wrote: "We are equally valuable and professional.

"I share the joy of football, but we must identify the limits of affection and harassment."

The Colombian-born correspondent later told the football fan “took advantage of the situation."

A DW reporter was sexually harassed while covering the #WorldCup. @JULIETHCGT was kissed, groped by a man while reporting from Moscow.

Sexual harassment is not okay. It needs to stop. In football, and elsewhere.pic.twitter.com/O0S1a1F4Es

She said: “But afterwards, when I checked to see if he was still there, he was gone."