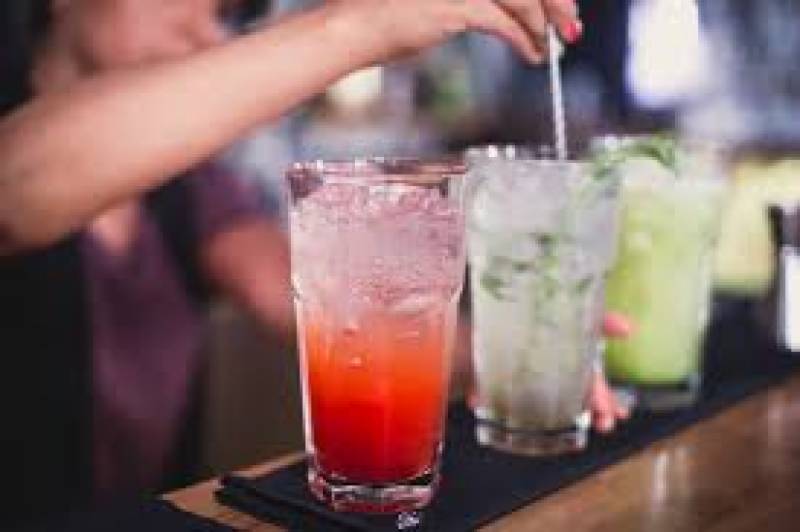 Lahore (Web Desk): Recent research has warned Mixing alcohol with highly-caffeinated soft drinks can increase the risk of injury on a night out.

Popular cocktails like vodka and red bull, espresso martinis and jagerbombs, where a shot is dropped into a glass of energy drink, can be more dangerous than drinking alcohol on its own, they said.

This is because the stimulating effect of caffeine can encourage people to stay out longer and drink more overall, according to a review of 13 academic studies into the behaviour.

Researchers at the University of Victoria in Canada said energy drinks can mask the effect of alcohol, so increase the risk of injury through falls, car accidents and bar brawls.

"Usually when you're drinking alcohol, you get tired and you go home," said Audra Roemer, the lead author of the study published in the Journal of Studies on Alcohol and Drugs.

"Energy drinks mask that, so people may underestimate how intoxicated they are, end up staying out later, consume more alcohol, and engage in risky behaviour and more hazardous drinking practices."

Charity Drinkaware warns that mixing alcohol with energy drinks can be a "dangerous combination" as they can make people "wide-awake drunk", creating a false sense of security.

It said the high volume of caffeine in energy drinks could also cause heart palpitations, problems sleeping or feeling tense or agitated.

One student-run event in Birmingham, whose website says it has been running for 18 years, sells £1.25 vodka and redbull mixers and is open until 5am.

Energy drinks contain more caffeine than other soft drinks – there is 77mg of caffeine in a 258ml can of red bull, compared to 32mg in a 330ml can of Coca-Cola.

The researchers found 10 of the 13 studies, published between 1981 and 2016, linked the consumption of alcohol and energy drinks with an increased risk of accidents and fights.

However, they said the results of the studies were varied, so it was not possible to estimate by how much the risk had increased.

The article is originally published on BBC.

Indian allegations of infiltration across LoC ‘baseless’ and ...