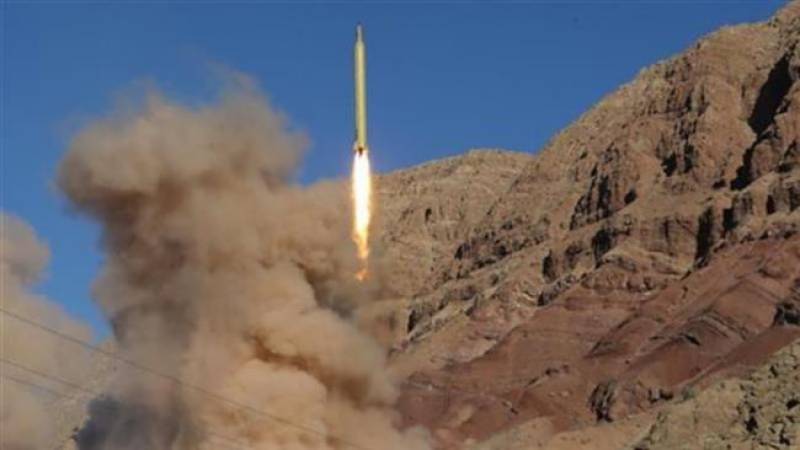 London (Reuters): Iran will strengthen its missile capabilities and will not seek any country’s permission, President Hassan Rouhani said on Friday in a snub to demands from US President Donald Trump.

Rouhani was speaking at a military parade where an Iranian news agency said one of the weapons on display was a new ballistic missile with range of 2,000 km (1,200 miles), capable of carrying several warheads.

The Tasnim news agency, which quoted the head of the Revolutionary Guards’ aerospace division, Amirali Hajizadeh, gave few other details of the missile.

At the UN General Assembly on Tuesday, Trump said Iran was building its missile capability and accused it exporting violence to Yemen, Syria and other parts of the Middle East.

He also criticized the 2015 pact that the United States and six other powers struck with Iran under which Tehran agreed to restrict its nuclear program in return for relief from economic sanctions.

In a speech broadcast on state television, Rouhani said: ”We will increase our military power as a deterrent. We will strengthen our missile capabilities ... We will not seek permission from anyone to defend our country.

“All countries in the world supported the nuclear deal in the United Nations General Assembly this year ... except the United States and the Zionist regime (Israel),” Rouhani said.

US Secretary of State Rex Tillerson has said that the agreement must be changed or the United States could not stick with it. Iran has said its nuclear accord cannot be renegotiated.

The prospect of Washington reneging on the deal has worried some of the US allies that helped negotiate it, especially as the world grapples with North Korea’s nuclear and ballistic missile development.

Chinese Foreign Minister Wang Yi said tensions on the Korean peninsula underlined the importance of the Iranian deal, and that China would continue to support it.

Trump put Iran “on notice” in February for test-firing a ballistic missile and imposed new economic sanctions in July over its missile program and “malign activities” in the Middle East.

Russian Foreign Minister Sergei Lavrov said on Thursday that the US imposition of unilateral sanctions on Iran was “illegitimate and undermines the collective nature of international efforts.”