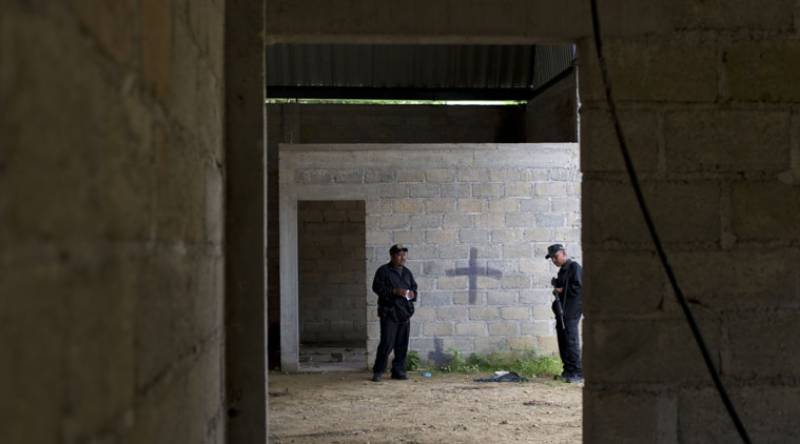 Guerrero, Mexico (Reuters): The remains of at least six bodies were found in a ditch on Saturday just outside the seaside resort of Acapulco in Guerrero, Mexico's bloodiest state, an official said.

The bodies had been buried between 5 and 20 days ago in a ditch that fed rain water into one of Acapulco's main bays, according to Acapulco prosecutor Ricardo Quevedo.

Sparsely populated Guerrero has led the nation in firearm killings for most of the past six years as heroin production for the U.S. market has spiked in an area that is being fought over by a growing number of drug gangs.

Violence has also been fed by turf wars over the distribution of drugs like cocaine and methamphetamine in cities like Acapulco.

There were nearly 1,500 recorded firearms murders in Guerrero last year, according to government data, and hundreds more people have disappeared, with many found in mass graves.

Violence in Mexico has spiked during the past year to the highest rates since 2011 and the worst during the presidency of Enrique Pena Nieto, who took office in late 2012.

Deash chief Baghdadi was buried at sea by US military: reports