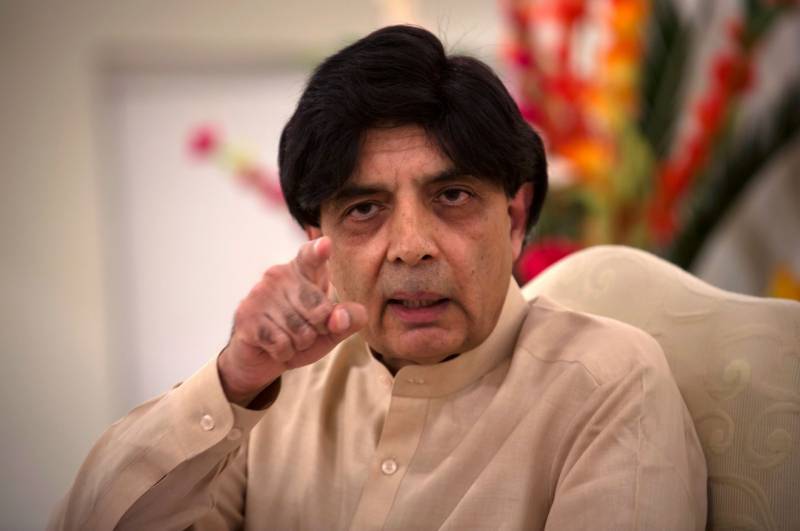 Islamabad (Web Desk): Federal Minister for Interior Chaudhry Nisar Ali Khan on Tuesday has said that government has no plans to ban social media in Pakistan.

While addressing a press conference in the federal capital, the interior minister stated that the social media is an unorganised platform and that anyone could register for a fake handle.

Nisar further said that a committee was formed to monitor flow of information for securing national stability.

H also said that he convened a meeting with members of Pakistan Broadcasters Association (PBA) on Monday as well. The participants proposed that the inquiry report over Dawn Leaks should have been dispatched to Council of Pakistan Newspaper Editors (CPNE).

He said that implementation over recommendations of the committee is underway.