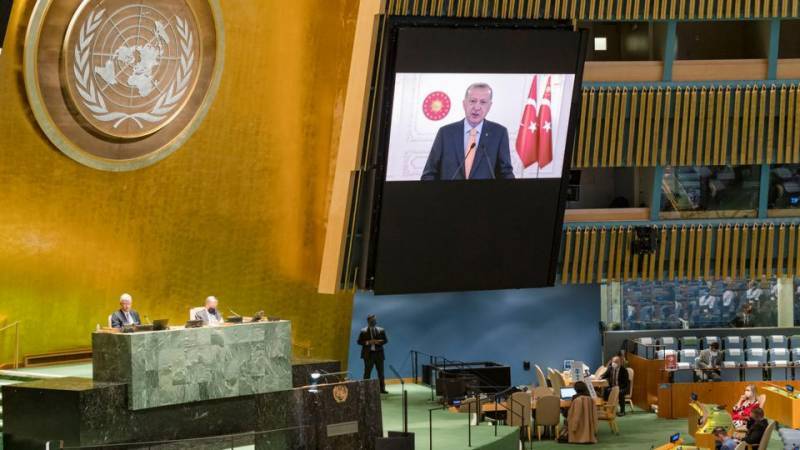 “In order to restore South Asian peace Kashmir’s issue must be resolved according to the UN resolutions,” Tayyip Erdogan said while addressing UNGA through video link on Tuesday.

“Turkey will keep on raising voice for world peace and humanity and never let down from its stance,” Erdogan said, adding that the Turkish government is ready to resolve natural resources issues with Greece.

President Tayyip Erdogan urged the UN to play its role in bringing peace to war-torn areas, including Libya, Syria, Yemen and others.

Speaking about Israel, he said the countries that are moving their embassies to occupied Jerusalem are complicating the Palestinian issue.

“I want to make it clear that Turkey will accept the solution that accommodates the Palestinians,” President Erdogan said.