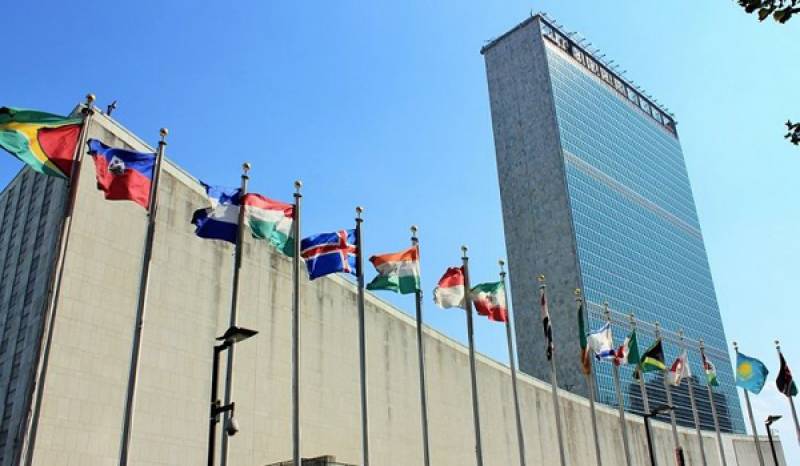 United Nations (APP): The United Nations Security Council will meet on Monday to discuss the recent escalation of violence at the al-Aqsa Mosque compound in East Jerusalem, according to diplomats.

Sweden’s Deputy U.N. ambassador, Carl Skau, posted on Twitter, “Sweden, Egypt and France requested the meeting to urgently discuss how calls for de-escalation in Jerusalem can be supported.”

The Palestinian health ministry said that the request comes at the same time as news that a Palestinian man wounded in clashes with Israeli forces in the West Bank on Saturday has died of his injuries.

It said 17-year-old Oday Nawajaa had been hit by live fire and critically wounded at Al-Azariya north of Jerusalem.

The recent incidents occurred after at least four Palestinian people lost their lives during clashes in the occupied Palestinian lands on Friday.

Tensions began to soar after the Israeli authorities imposed restrictive measures on the entry of worshipers into the al-Aqsa Mosque compound in East Jerusalem.

The new restrictive measures include installation of metal detectors at entry points to the al-Aqsa Mosque compound.

Palestinian President Mahmoud Abbas ordered the suspension of all official contact with Israel until it removed the metal detectors.

The Israeli government has tried to change the demographic makeup of Jerusalem over the past decades by constructing settlements, destroying historical sites and expelling the local Palestinian population.

Palestinians say the Israeli measures are aimed at paving the way for the Judaization of the city.

The al-Aqsa Mosque compound is a flashpoint Islamic site, which is also holy to Jews. The mosque is Islam’s third holiest site after Mkkah and Medina in Saudi Arabia.