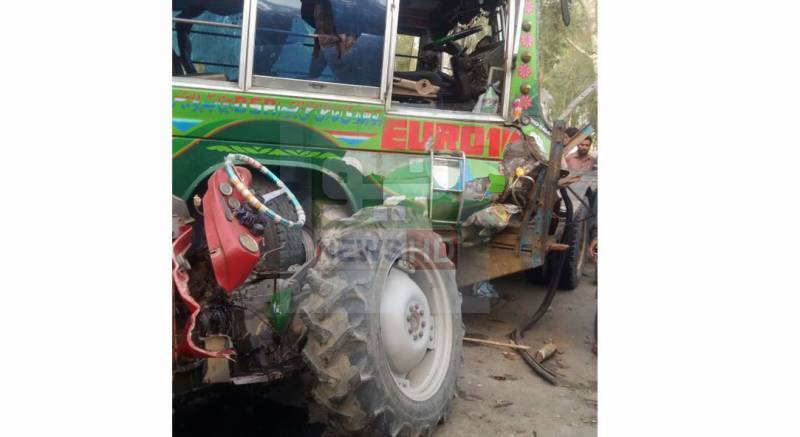 Layyah (Staff Report): At least six people were killed and one injured as a result of the collusion of a passenger bus and tractor trolley early Wednesday, in Shaukatabad area of District Layyah.

According to police details, the bus that was moving from Multan to Bhakar, rammed into a tractor-trolley due to over speeding near Fatehpur area leaving six dead including driver of tractor-trolley.

The tanker was traveling to Karachi from Sheikhupura.

Among the deceased, there were three brothers who were travelling to work.

The locals shifted injured to District Hospital Layyah for medical treatment, the bodies also were shifted to hospital for post-mortem.

Rescue teams have reached the site and operation to clear road is under way.