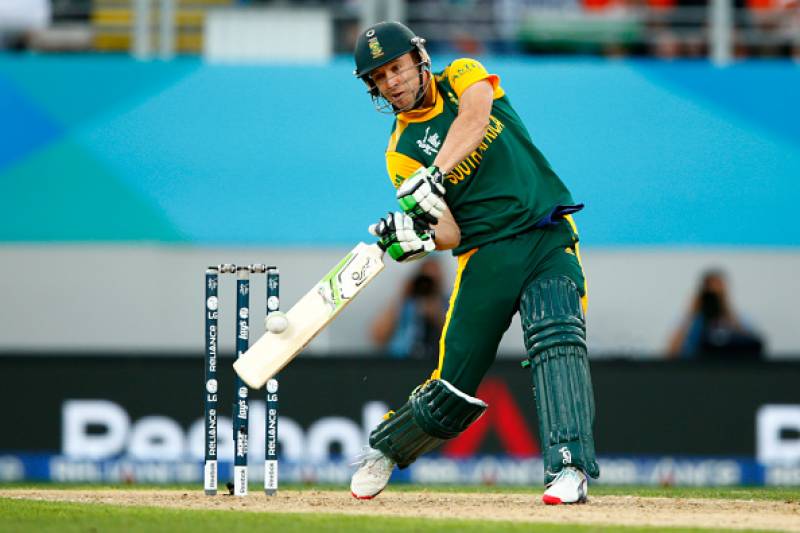 Wellington: De Villiers´ 85 off 80 balls pulled South Africa out of a middle-order slump during a match-changing innings in which he became the fastest players to reach 9,000 ODI runs.

South Africa eventually reached 271 for eight in their 50 overs before Dwaine Pretorius and Andile Phehlukwayo led a bowling attack that rolled New Zealand for 112 in 32.2 overs.

South Africa were keen to bat first when they won the toss and while they had their jitters de Villiers had support from Quinton de Kock (68) to give their innings some respectability.

Kane Williamson, on four, should have joined them but Hashim Amla failed to grasp a regulation catch at first slip.

It was a short-lived reprieve, however, as Williamson struggled to 23 when he was bowled by Phehlukwayo and Ross Taylor (18) went lbw to Pretorius in the following over.

Colin de Grandhomme´s unbeaten 34 and Jimmy Neesham´s 13 where the only other scores in double figures as Pretorius took three for five off 32 deliveries and Phehlukwayo finished with two for 12 off 30 balls.

On a wicket that looked full of runs, South African opener Amla was unable to settle and went early for seven.

But de Kock had no problems as he posted his fifth successive half century following innings of 55 and 109 against Sri Lanka and then 69 and 57 in the first two matches of this five-game series.

His 68 in Wellington came off 70 deliveries and included two sixes and six fours.

Faf du Plessis offered some support with 36 but otherwise there was little resistance until de Villiers set up the big finish supported by Wayne Parnell who added 35 at the tail.

When de Villiers clouted Lockie Ferguson to the boundary off the fifth ball he faced he became the fastest batsman to total 9,000 ODI runs reaching the milestone in his 205th innings.

The previous record was 228 held by India´s Sourav Ganguly.

De Grandhomme, who took the wickets of de Kock and du Plessis in the space of four balls had the best figures for New Zealand of two for 40.