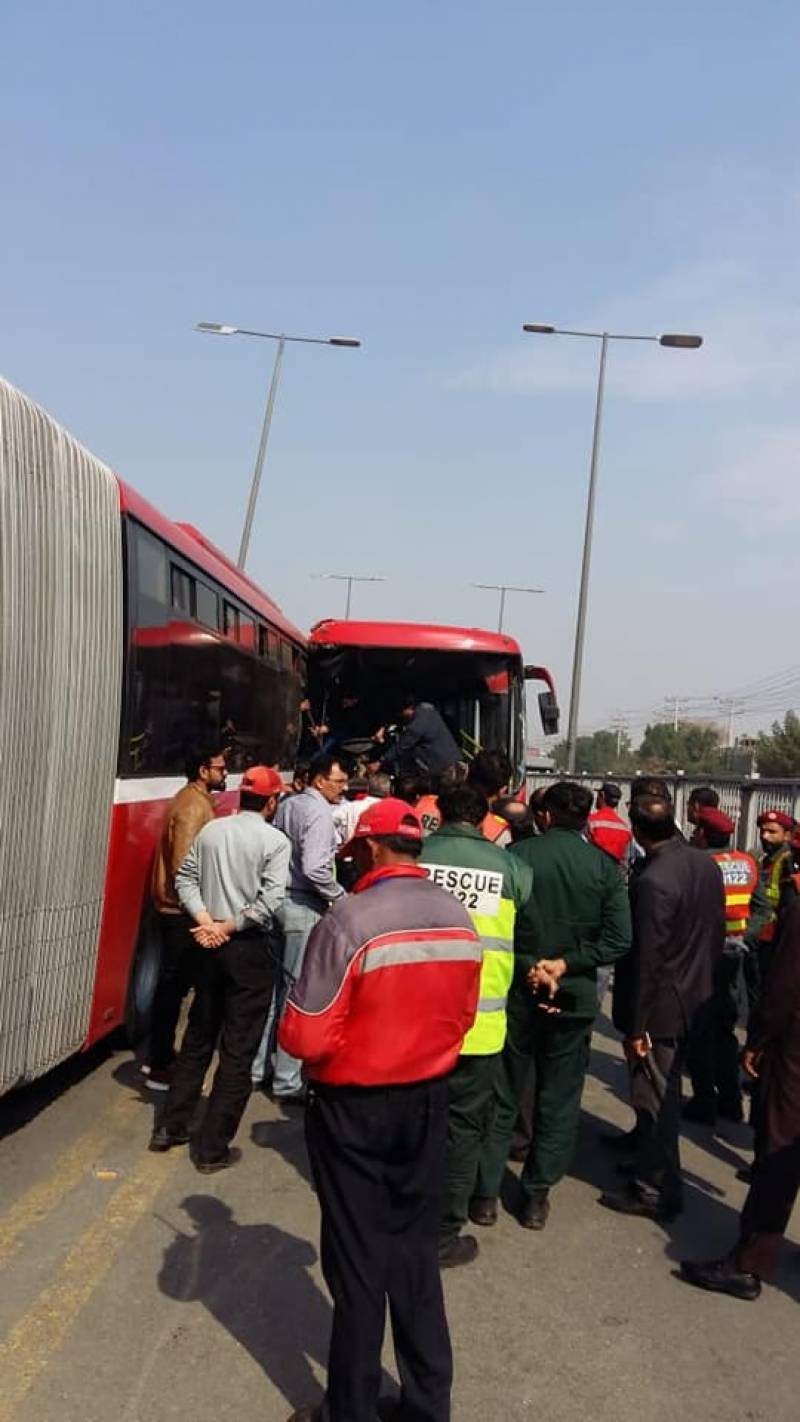 Lahore (Staff Report): A woman was died and at least 17 other passengers were injured when a metro bus collided with another near Dulu Khurd bus stop in Yauhanabad area of the Punjab capital city on Monday.

According to officials, the accident is believed to have been caused by negligence on the part of the drivers of the two ill-fated metro buses.

The female passenger who lost the life in the accident has been identified as Amna. She was a resident of Kahna Nau area in Lahore

Following the incident, metro bus service was suspended in the city temporarily.