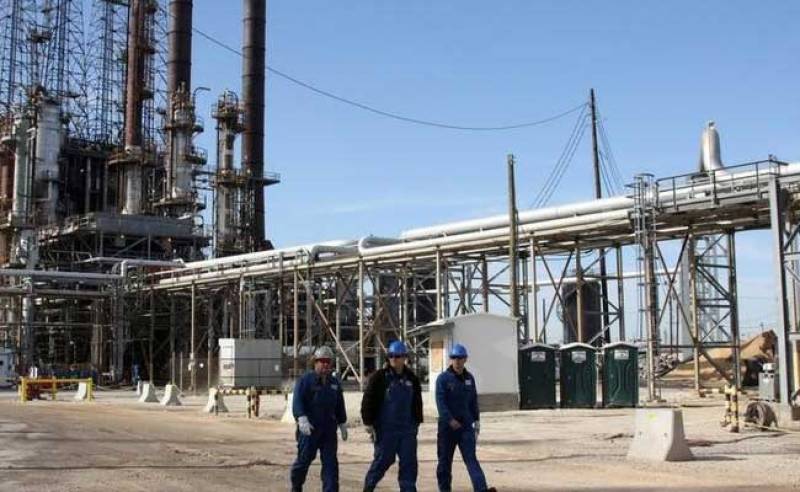 Tokyo (Reuters): Oil prices extended gains on Tuesday after Saudi Arabia pledged to curb exports from next month and OPEC called on several members to boost compliance with output cuts to help rein in oversupply and tackle flagging prices.

Gains were also supported by a warning from Halliburton's executive chairman that the growth in North America's rig count was "showing signs of plateauing," a possible threat to U.S. shale oil production.

Global benchmark Brent crude for September delivery was up 22 cents, or 0,5 percent, at $48.82 a barrel by 0705 GMT after settling up 1.1 percent in the previous session.

In a meeting in St. Petersburg on Monday, the Organization of the Petroleum Exporting Countries (OPEC) and non-OPEC producers discussed extending their deal to cut output by 1.8 million barrels per day (bpd) beyond March 2018 if necessary.

Saudi Energy Minister Khalid al-Falih added his country would limit its crude exports to 6.6 million bpd in August, almost 1 million bpd below the levels of a year ago.

Nigeria voluntarily agreed to join the deal by capping or cutting its output from 1.8 million bpd, once it stabilizes at that level. Nigeria, which has been producing 1.7 million bpd recently, had been exempt from the output cuts.

OPEC said stocks held by industrial nations had fallen by 90 million barrels over January to June, but were still 250 million barrels above the five-year average, which is the target level for OPEC and non-OPEC.

Tomomichi Akuta, senior economist at Mitsubishi UFJ Research and Consulting in Tokyo said, "Despite the goals for rebalancing, the market is still not sure that inventories would fall precipitously to achieve their target."

Russian Energy Minister Alexander Novak said an additional 200,000 bpd of oil could be removed from the market if compliance to OPEC-led deal was 100 percent.

Britain's Barclays bank said, "In our view ... these meetings were aimed at saving face and diverting the market's attention away from Iraq's poor compliance, shale's resilience, and Libya's and Nigeria's markedly higher output."