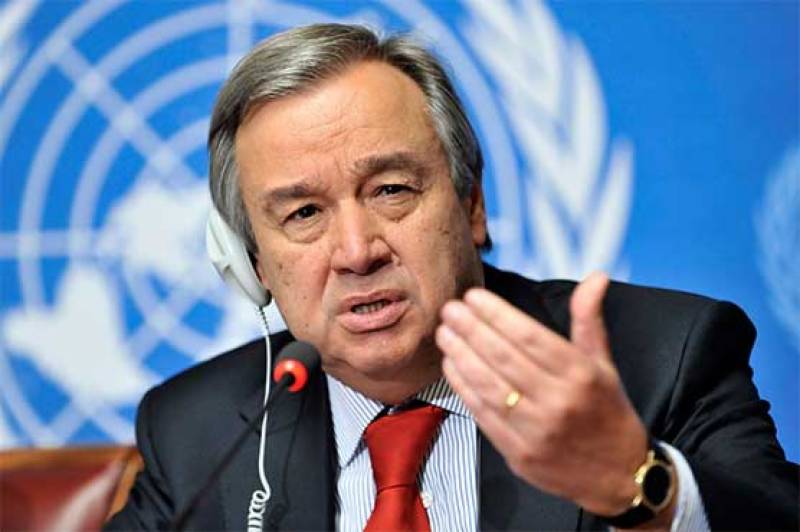 New York (Online): United Nations Secretary-General Antonio Guterres strongly condemned the terrorist attack in the eastern Pakistani city of Lahore on Monday, and called for those responsible to be brought to justice.

Guterres’ deputy spokesman said in a statement that the secretary-general extended his condolences to the families of the victims and wished those injured a full recovery.

The spokesperson said, "He supports the efforts of the Government of Pakistan to fight terrorism and violent extremism with full respect for international human rights norms and obligations."

Earlier on Monday, at least 26 people were killed and dozens injured when the suicide blast took place in a busy vegetable market near Arfa Karim Technology Park on bustling main Ferozepur Road in the south of Lahore.

The area was busy with police at the time because officers had been sent to the market to clear stalls that had illegally spilt onto the road.

Provincial law minister Rana Sanaullah said the blast had appeared to target the vegetable market, which was crowded with shoppers.

Lahore has been hit by significant militant attacks in Pakistan’s more than decade-long war on extremism, but they have been less frequent in recent years.