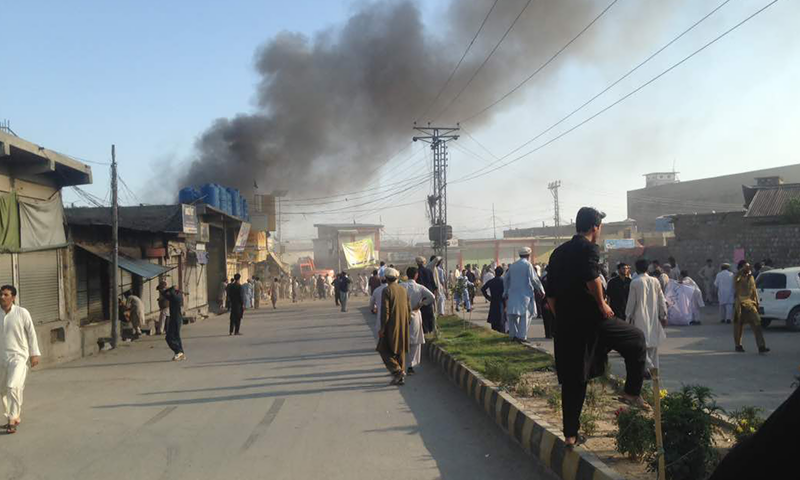 Political authorities confirmed to media persons that the number of dead people increased to 67 with several other injured persons also in a critical condition.

Forty-one people were killed and over 200 persons were wounded in one of the worst acts of terrorism in Parachinar, the capital of Kurram Agency, on Friday. By Saturday evening, 26 more people had died during treatment in different hospitals.

Parachinar, with a population of more than 50,000, has been under strict security arrangements for quite some time. Army and paramilitary personnel have set up checkpoints on all routes leading to the town and visitors and vehicles go through extensive search and identification process.

On March 31 this year, the city had suffered a similar tragedy when 23 people were killed in a car bomb blast near an Imam­bargah at midday. More than 70 others were wounded in the attack. Another person had died later after security forces opened fire on a crowd trying to hold a demonstration in front of the political agent’s office in protest against increasing terrorist attacks.

Likewise, 25 people were killed and 87 others suffered injuries when a bomb went off during peak business hours at a crowded vegetable market in the city in January this year. In what appeared to be a sign of growing cooperation among extremists, two banned groups had come forward to claim the deadly assault, with one describing the incident as a suicide attack.