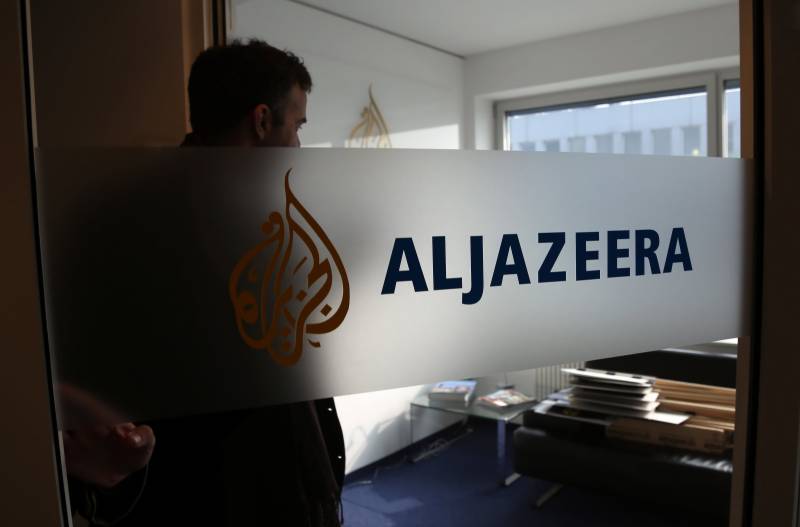 Doha (Web Desk): Part of a growing regional dispute with Qatar after an alleged hack of its state-run news agency, Bahrain and Egypt have apparently joined Saudi Arabia and the United Arab Emirates in blocking access to websites run by the pan-Arab satellite network Al-Jazeera.

The alleged hack and a purported fake news report that was published during it have exposed real tensions still lingering in the Gulf between Qatar and other nations over the small gas-rich country's support of Islamist groups.

While Qatar quickly denied the comments in the fake report attributed to ruling emir Sheikh Tamim bin Hamad Al Thani, Saudi-owned satellite channels repeatedly aired them throughout the day Wednesday. The incident revived suspicions that exploded into the open three years ago, when several Gulf nations pulled their ambassadors from Qatar over similar worries about its politics.

The alleged hack happened early on Wednesday morning and hours later, the website of the Qatar News Agency still was not accessible.

The fake article quoted Sheikh Tamim as calling Iran an “Islamic power” and saying Qatar's relations with Israel were “good” during a military ceremony.

Online footage of Qatari state television's nightly newscast from Tuesday showed clips of Sheikh Tamim at the ceremony with the anchor not mentioning the comments, though a scrolling ticker at the bottom of the screen had the alleged fake remarks. They included calling Hamas “the legitimate representative of the Palestinian people,” as well as saying Qatar had “strong relations” with Iran and the United States.

“Iran represents a regional and Islamic power that cannot be ignored and it is unwise to face up against it,” the ticker read at one point.

The hackers also purportedly took over the news agency's Twitter feed and posted alleged quotes from Qatar's foreign minister accusing Arab nations of fomenting a plot against his country. A series of tweets said Qatar had ordered its ambassadors to withdraw from Bahrain, Egypt, Kuwait, Saudi Arabia and the United Arab Emirates over the plot. The tweets were later deleted.