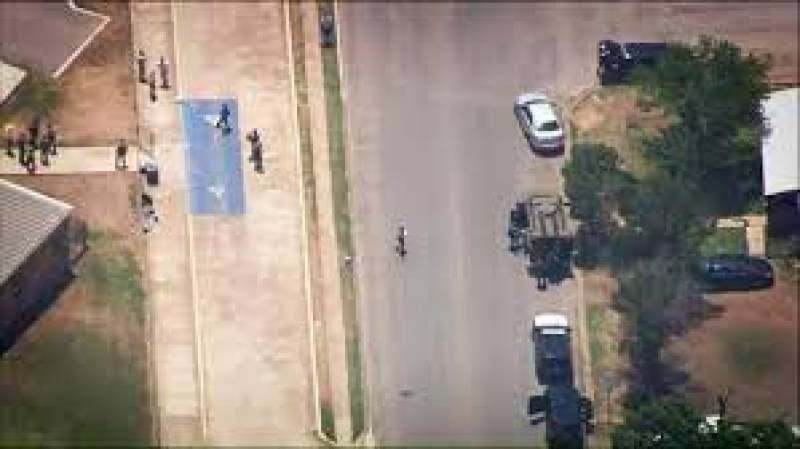 Uvalde (Web Desk): At least 19 people including 18 children were killed after a teenage gunman opened fire in a south Texas elementary school on Tuesday.

Governor Greg Abbott said the suspect, identified as 18-year-old Salvador Ramos, was apparently killed by police officers responding to the scene, and that two officers were struck by gunfire, though the governor said their injuries were not serious.

Texas Public Safety Department Sergeant Erick Estrada said police saw the suspect emerge from a car he crashed near the school, carrying a rifle and a backpack, and “engaged” with him before he entered the south side of the school and started firing.

US President Joe Biden ordered flags flown at half-staff until sunset daily until May 28 in observance of the tragedy.

As a nation we must ask: When in God’s name will we stand up to the gun lobby?

When in God’s name will we do what needs to be done?

I’m sick and tired of it. We have to act.

The assault at Robb Elementary School in the heavily Latino town of Uvalde was the deadliest shooting at a US grade school since a gunman killed 20 children and six adults at Sandy Hook Elementary in Newtown, Connecticut, in December 2012.