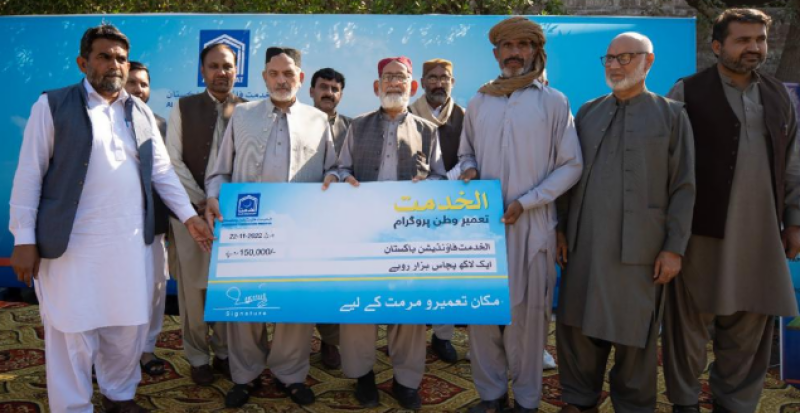 Lahore (PR): Alkhidmat Foundation has kicked off spending an estimated budget of 60 crore rupees for the construction of houses in floo hit areas.

Alkhidmat Foundation has initially issued funds to another 100 homeless families to rebuild their houses in Taunsa Tehsil of Dera Ghazi Khan. Primarily a target of 4,000 houses will be completed and one and a half lakh rupees have been allocated for one unit of house construction in the first phase, in South Punjab, Sindh, Balochistan, Khyber Pakhtunkhwa and Gilgit-Baltistan.

While priority is being given to orphans and widows, followed by labourers and small landowners, Alkhidmat is accepting applications from all the people who have lost their homes. Alkhidmat Foundation so far has completed the construction and repairing of 120 houses in South Punjab province.

Alkhidmat Foundation has also provided seeds, fertilizers and agricultural medicines to 500,000 farmers for sowing wheat, the main crop of Rabi, besides helping in the construction of houses. Under the umbrella of the Tameer-e-Watan Program, schools, madrasas and mosques that are completely or partially affected are also being constructed and repaired.