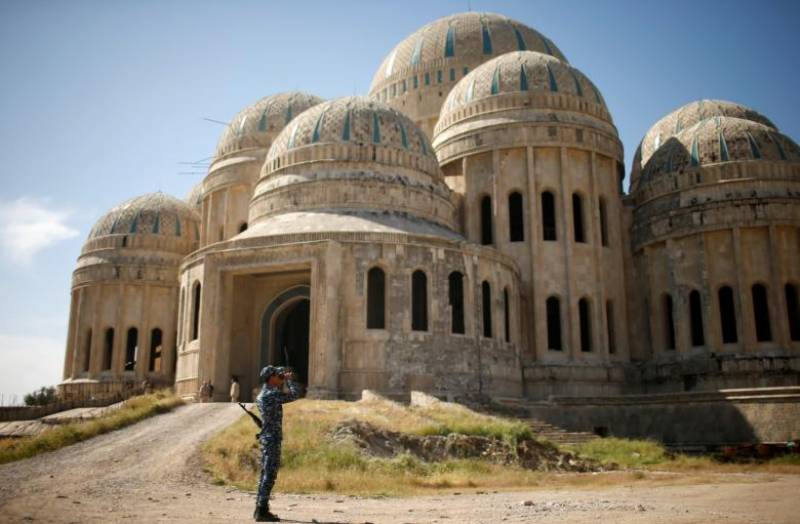 The operations in Hatra are carried out by Popular Mobilisation, a coalition of mostly Iranian-trained militias of Shi'ite volunteers formed in 2014 after Islamic State, a hardline Sunni group, overran a third of Iraq.

The militias on Wednesday dislodged Islamic State from the ancient ruins of Hatra, which suffered great destruction under the militants' three-year rule, a military spokesman said.

Hatra, a city that flourished in the first century AD, lies 125 km (80 miles) south of Mosul, where the militants have been fighting off a U.S.-backed offensive since October.

The militants are now surrounded in the northwestern part of Mosul, including the Old City and its landmark Grand al-Nuri Mosque from where their leader, Abu Bakr al-Baghdadi, declared in mid-2014 a caliphate also spanning parts of Syria.

Mosul is by far the largest city that had fallen to the militants in both countries. The density of the population is slowing the advance of Iraqi forces.

Popular Mobilisation, which operates with the approval of Iraq's Shi'ite-led government, said on Tuesday the Hatra campaign aims at cutting off Islamic State's routes between Hawija, Mosul and eastern Syria.

Iraq's border region with Syria is a historic hotbed of the Sunni insurgency against the rule of the Shi'ite majority community, empowered after the U.S.-led invasion that toppled Saddam Hussein in 2003.