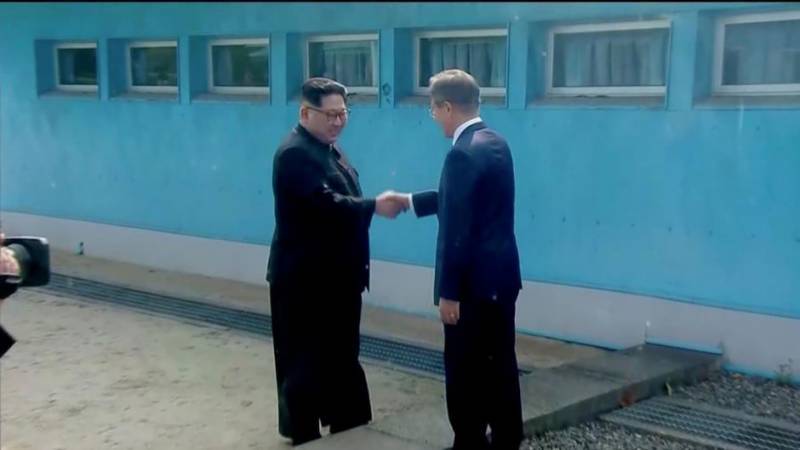 Seoul (Web Desk): North Korean leader Kim Jong Un on Friday morning met with crossed the border line that has divided the Korean Peninsula for 65 years, walking into South Korea for a historic summit with President Moon Jae-in that will lay the groundwork for a meeting between Kim and President Donald Trump.

According to details, it was the first time since the Korean War ended in 1953 that a North Korean leader has come to South Korea and it was broadcast live across the country, with commuters stopping in train stations and teachers stopping classes so their students could watch the moment.

VIDEO: Making history, Kim and Moon shake hands, step in and out of each other's countries and offer hopes of peace for the divided Korean peninsula pic.twitter.com/cP9g1FTwqZ

The story is originally published by “Gulf News”