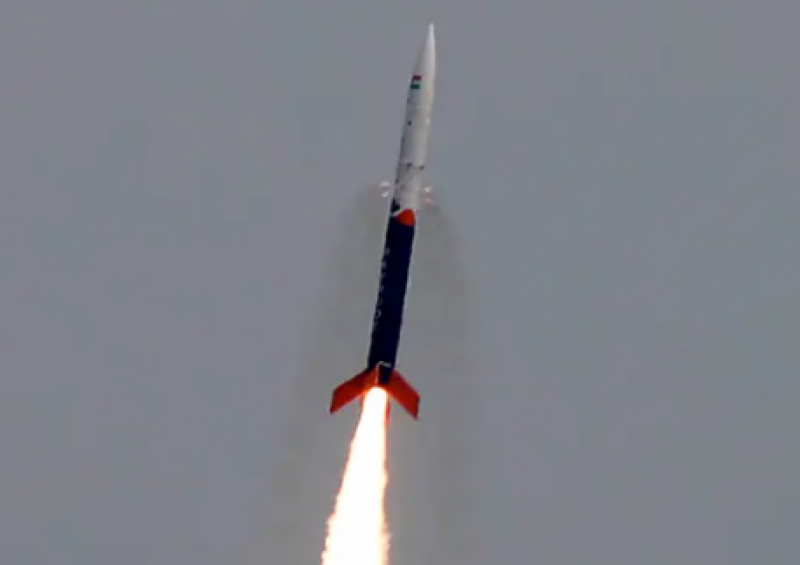 However, experts say the announcement is more likely a response to domestic opposition that has accused Prime Minister Narendra Modi of being weak-kneed before alleged Chinese aggression.

The government has refused to hold a debate on the issue in parliament.

A reminder in the report, which came across as a promo for the missile, was a giveaway.

“However,” it said, “as of now, only two tests have been conducted using the Pralay ballistic missile. This could mean that the missile would not be operational for at least a couple of years since supporting mobile platforms will have to be developed for the ballistic missile”.

Reports said India has approved the purchase of 120 Pralay missiles to deploy them along the country’s borders with China and Pakistan.

“A high-level meeting of the Defence Ministry cleared the acquisition of around 120 missiles for the armed forces and their deployment along the borders,” a defence source was quoted by ANI news agency as saying.

Pralay missiles are said to be able to hit targets at a distance of up to 500km and are difficult to intercept due to their ability to change their path.

Developed domestically, Pralay is a canisterised tactical, surface-to-surface, short-range ballistic missile and has often been compared with the Russian Iskander missiles.

The missile, fired from a canister, followed the intended quasi-ballistic trajectory and made a highly accurate strike on the target, validating the control, guidance, and mission algorithms, reports said.

Even though reports suggest that Pralay is based on the Indian ballistic missile Prithvi, it has been likened more to the Iskander ballistic missiles of Russia that have been overwhelmingly deployed against Ukraine and have proved their combat prowess, the reports claim.

The plan to acquire the Pralay missile by the Indian military is significant because it comes at a time when the Indian Defence Ministry’s top echelons have been discussing the development of a Rocket force for the Indian Army.

According to reports, the Pralay missile will allow the Indian Army to target dual-use Chinese infrastructure and military bases on the Tibetan Plateau.