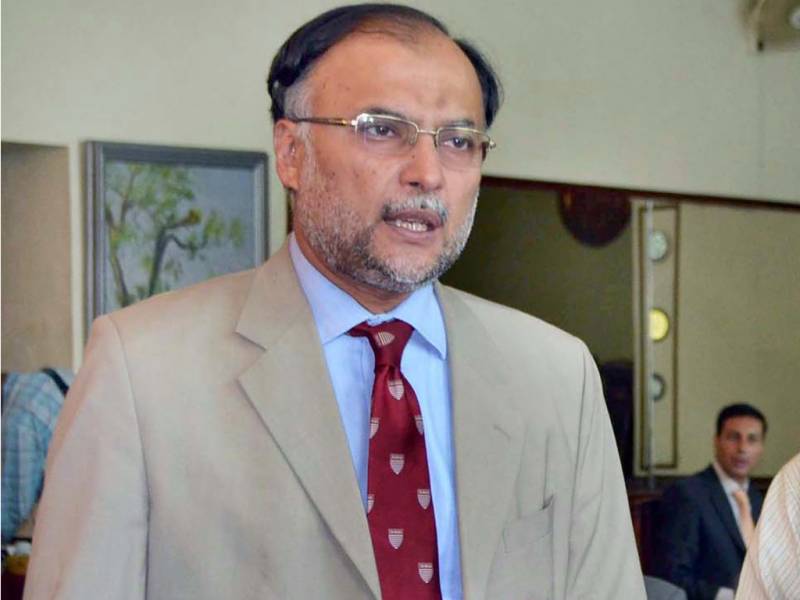 The centre was jointly inaugurated by Minister for Planning, Development and Reforms Professor Ahsan Iqbal and Ambassador of China to Pakistan, Sub Weidong jointly.

Ahsan Iqbal hoped while addressing the ceremony held in this connection, that researchers at the centre would guide the policy makers and businessmen to get maximum benefits from CPEC and they would also help keeping the mega project in the right direction.

He urged the researchers to build linkages with international scholars and produce cutting-edge research for the country and region.

Ahsan further said that the CPEC had proved as a big bang for Pakistan economy as the economy had turned around from its very sluggish condition back in 2013 to an extremely hopeful and robust condition in just three years.

“In 2013, the world was terming the Pakistan economy as the worst and no investor was ready to invest even US $100 in Pakistan, then Pakistan’s time tested friend China moved forward and initiated the $46 billion mega project”, he added.

Rejecting the notion that the completion of CPEC projects would only benefit China, the minister said a huge inflow of investment was pouring in to the country which would help the local industry to flourish.

He said under CPEC early harvest projects, maximum energy projects would start generation in 2018 which would end load shedding in the country.

He said the country’s road, infrastructure, transport system was also being improved thanks to CPEC which would help boosting internal and external connectivity of the country.

The Chinese Ambassador on the occasion said that CPEC had become symbol of Pakistan China long living friendship.

He said the project would give more benefit to Pakistan than China.

He said 18 early harvest projects worth $18.5 billion of CPEC were now under construction and they would be completed by next year.

He said in recent years, Pakistan economy had made tremendous progress and now the international credit rating agencies were rating Pakistan’s economy as good.

He said in next five years, Pakistan’s energy demand would surpass 33000 MW and CPEC energy projects of over 11000 MW would help meet the energy gap.

He said CPEC was the major and leading project of China’s one belt one road vision.