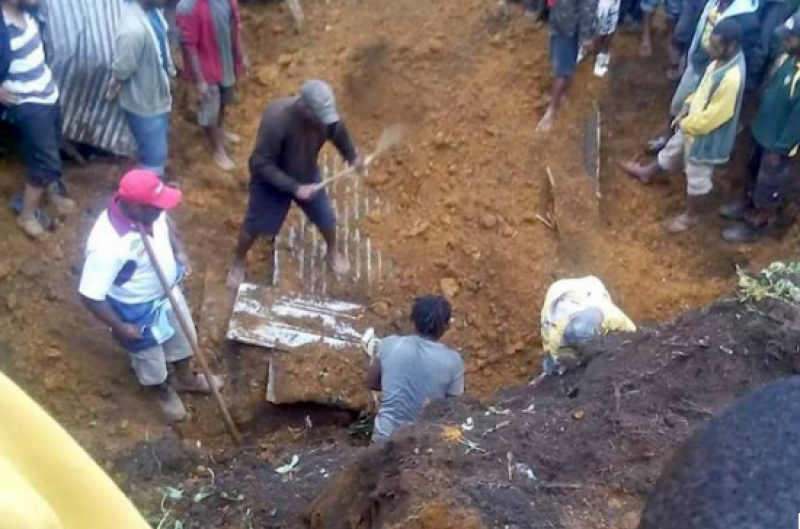 Scores of aftershocks have hampered rescue efforts and rattled nervous villagers over the past two days, including a 6.0 tremor just before 1 p.m. (0300 GMT) on Wednesday registered by the U.S. Geological Survey.

Most of the confirmed fatalities were in or around the provincial capital of Mendi and the town of Tari, according to authorities and residents contacted by Reuters.

“It’s massive destruction,” Stanley Mamu told Reuters by telephone from Tari, 40 km (25 miles) from the epicenter. One person was killed in Tari and another five were killed in a landslide in a nearby village, he said.

“There are buildings on the ground and landslides along the roads. My home was destroyed. The main sources of water were all flooded, it’s dirty and brown and people can’t drink that water,” Mamu said.

Australia has sent a C-130 military transport plane to help with aerial surveillance. The office of Australia’s Foreign Minister Julie Bishop said in a statement it would likely take days before the extent of the damage was clear.