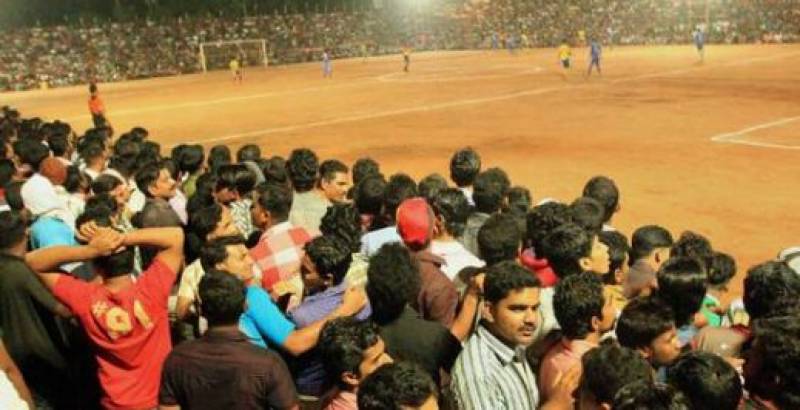 Mumbai (Web Desk): An Indian man left his own wedding celebrations, to play in the local football league.

23-year-old Ridvan, who hails from the district of Malappuram in Kerala, plays as a centre-back for the ‘7s league’ team ‘FIFA Manjeri’.

On Sunday, Ridvan’s wedding ceremony proceeded smoothly for most of the day, but his team simultaneously faced a crucial semi-finals match.

The team in need of their defender, Ridvan had his priorities set. Leaving for the match ground, he told his bride “Excuse me for five minutes!” according to website talksports24x7.com.

His team won and his dedication impressed the Indian Sports Minister, who tweeted about it. But were the bride and her family impressed? Not so much.

Ridvan asked 5 minutes from his bride on his wedding day to play football! What passion!

The team made it to the finals, and Ridvan returned triumphant. But the infuriated bride reportedly asked him, “So if the game was at noon, would you cancel the marriage for the game?” according to the website.