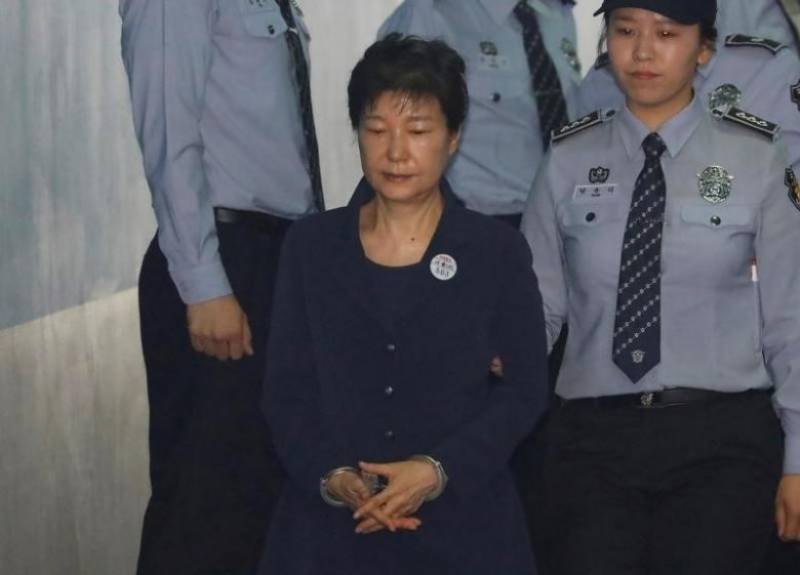 Seoul, South Korea (Reuters): North Korea vowed on Wednesday it has issued a standing order for the execution of former South Korean President Park Geun-hye and her spy chief for a plot to assassinate its leader, and it demanded that the South hand the pair over.

The North's official Korean Central News Agency (KCNA) said "revelation showed" Park had masterminded a plot to execute its "supreme leadership" in 2015 and it was imposing the "death penalty on traitor Park Geun-hye".

KCNA did not disclose the source of the revelation but a Japanese newspaper reported this week that Park in 2015 approved a plan to overturn the North Korean regime of leader Kim Jong Un.

Park was ousted in March over a corruption scandal and is in detention in South Korea while on trial.

South Korea's National Intelligence Agency (NIS) said the news report of a plot to kill Kim Jong Un "had no grounds" and it had no immediate comment about the North's demand for the handover of Park and her spy chief, Lee Byung-ho.

Lee is no longer head of the NIS.

Japan's Asahi Shimbun newspaper reported on Monday, citing sources familiar with Park's North Korea policy, that she had signed off on a plot to remove the North's leader in 2015 and the plan was orchestrated by the South's spy agency.

KCNA said, "We declare at home and abroad that we will impose the death penalty on traitor Park Geun-hye and ex-director of the puppet intelligence service ... criminals of hideous state-sponsored terrorism who hatched and pressed for the heinous plot to hurt the supreme leadership of the DPRK."

DPRK stands for the Democratic People's Republic of Korea, the North's official name.

"We declare that in case the U.S. and the South Korean puppet forces again attempt at hideous state-sponsored terrorism targeting the supreme leadership ... we will impose summary punishment without advance notice," KCNA said.

KCNA said the statement was issued jointly by the North's Ministry of State Security, the Ministry of People's Security and the Central Public Prosecutors Office.

North and South Korea are technically in a state of war under a truce that ended their 1950-53 Korean War and the North routinely warns of annihilating the South Korean government.

North Korean government agencies often issue harsh rhetoric in state media over perceived insults, or what they see as threats to the security their leaders, and the trend has intensified under current leader, Kim Jong Un.

In May, North Korea accused the U.S. Central Intelligence Agency and the South's spy agency of another plot to assassinate its "supreme leadership" with biochemical weapon.

At that time, it also demanded the handover of former NIS chief Lee.

PTI leader who was shot last week succumbs to wounds