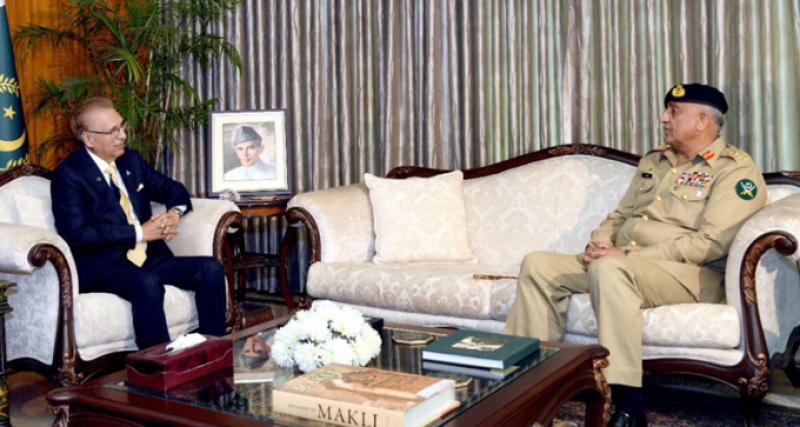 President Alvi expressed good wishes to General Bajwa during their meeting. While, PM Shehbaz organised a farewell luncheon in honour of General Bajwa.

The change of command ceremony for the new chief of army staff (COAS) will take place on Tuesday at 9 am.