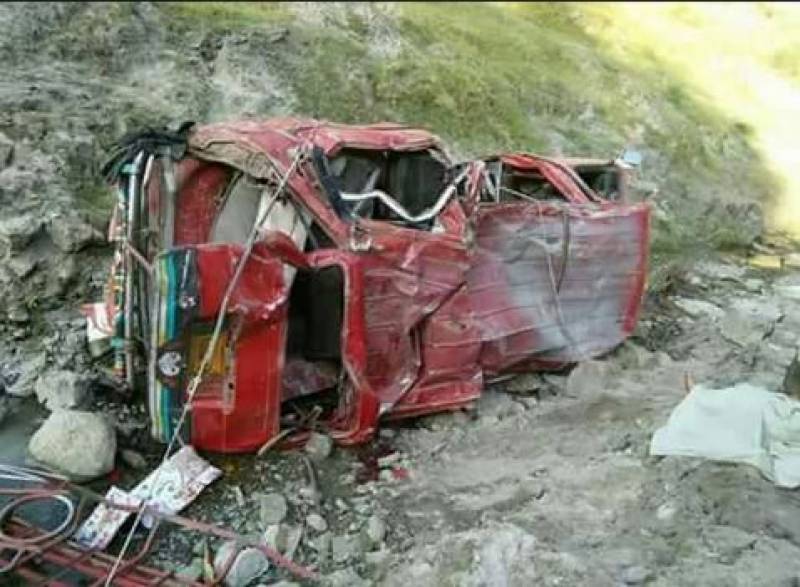 Muzaffarabad (Staff Report/Agencies): At least six women lost their lives as a jeep fell into a deep ravine in the Chhari locality of Dudhnial area of Neelum Valley, Azad Jammu and Kashmir (AJK).

The vehicle was carrying women voters, who were residents of Thanda Pani village, for the first phase of the local government elections that were held after 31 years in three districts of Muzaffarabad Division.

The jeep reportedly skidded off the road and fell into a 300-foot deep ravine, killing at least six women and injuring eight others including the driver.

The six injured were reportedly in critical condition.

Citing a disaster management official, a local news outlet reported that the vehicle was carrying more people than it had capacity for.

Sardar Tanveer Ilyas, the prime minister of the autonomous state, expressed grief and sorrow over the incident, terming it “heart-wrenching”. In a tweet, he also revealed that he has directed the administration to provide every possible cooperation to the injured.