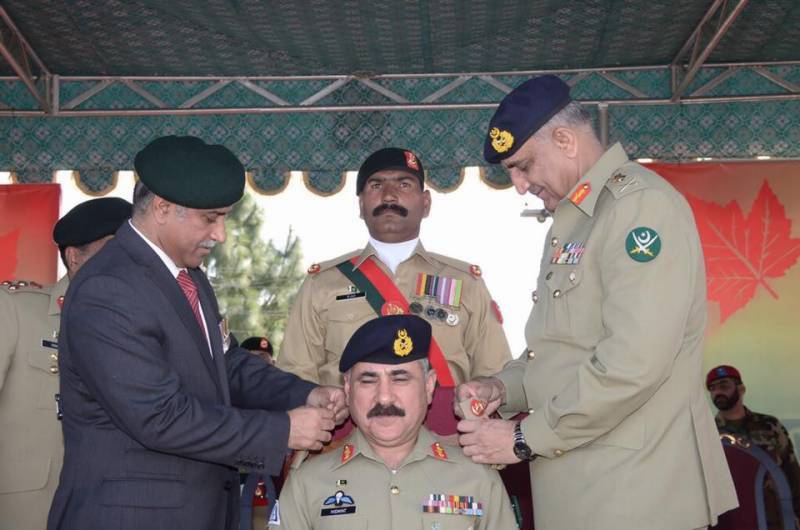 The installation ceremony of Colonel Commandant Azad Kashmir (AK) Regiment was held at AK Regimental Centre in Mansar Camp on Wednesday. Bajwa was the chief guest of the ceremony.

Speaking at the occasion, Bajwa thanked the outgoing Colonel Commandant of the AK Regiment “for his meritorious services as Colonel of the Regiment”, the Inter-Services Public Relations said.

Gen Bajwa and the outgoing regiment commandant Lt Gen (retd) Ashfaq Nadeem pinned the badges of the rank on Lt Gen Hidayat ur Rehman to install him as the Colonel Commandant of the AK Regiment.