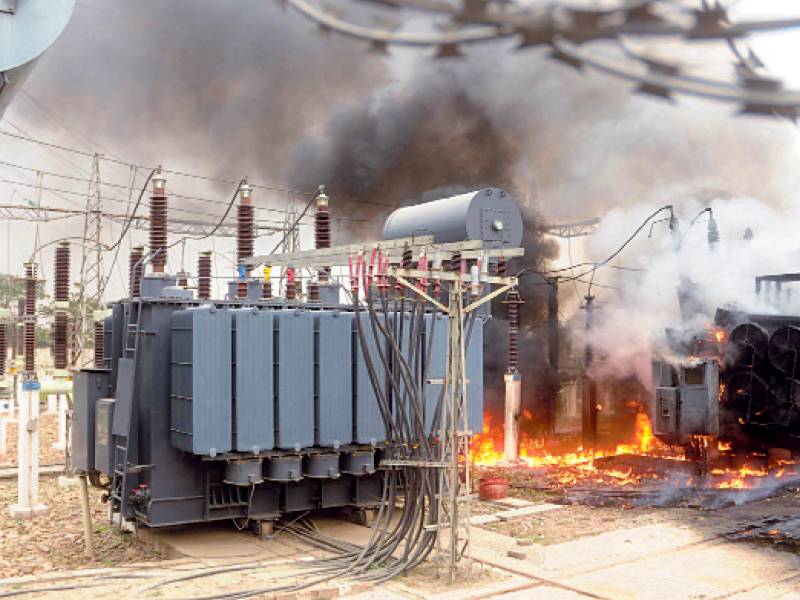 Malakand (Web Desk): In Levies firing at least one Pakistan Tehreek e Insaf (PTI) worker was killed while six others sustained severe injuries including the Asst. Commissioner, Dugai, during a protest against prolonged power outages in Malakand today (Monday).

According to details, the enraged protesters attacked and set Peshawar Electric Supply Company (Pesco) office on fire after which Levies officials took control of the situation and resorted to firing, leaving one dead and five wounded who have been shifted to the nearby hospital for medical assistance.

Earlier, the protesters gathered in front of Wapda office in Durgai, Malakand attacked the grid station and set it on fire, reportedly things went out of control as the protesters also broke the office furniture as well as the cars parked outside.

The Pakistan Army has been called in to control the situation.