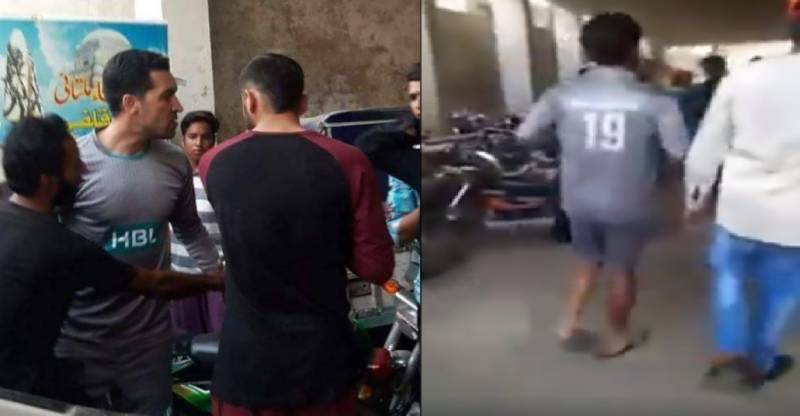 Sialkot (Staff Report): Pakistani cricketer, "Salifie King" Ahmed Shehzad annoyed at a fan and broke his cell phone as he asked to take a selfie with him.

According to details, victim fan made a request to take a selfie with Salifie King but he was angry, misbehaved with fan and broke the fan's mobile phone. The sources revealed that fast bowler Umar Gul was also with Ahmed Shehzad and he was also annoyed at fans even Umar Gul badly beaten a fan in the stadium while the fan was trying to take a selfie with him. However, two separate videos have been leaked of these two players, watch videos here: