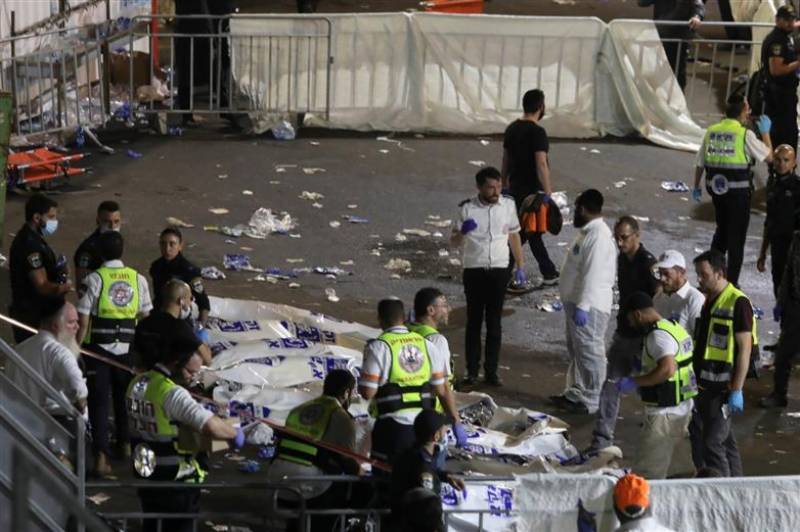 Jerusalem (Web Desk): At least 44 people were crushed to death and about 150 were injured at a stampede in a religious festival attended by tens of thousands of ultra-Orthodox Jews in northern Israel early Friday, medical officials said.

Magen David Adom, the Israeli emergency service, said that at least 44 people were killed during the event early on Friday, adding “MDA is fighting for the lives of dozens wounded, and will not give up until the last victim is evacuated.”

Zaki Heller, spokesman for the Magen David Adom, said that among the 150 people who had been hospitalized, six were in critical condition.

On social media, Prime Minister Benjamin Netanyahu called it a “heavy disaster” and added: “We are all praying for the wellbeing of the casualties.”

Netanyahu arrived at the scene of a stampede on Friday, with television images showing the veteran premier touring the site of the incident.

The stampede occurred as tens of thousands of mainly ultra-Orthodox Jews were participating in an annual pilgrimage for the feast of Lag BaOmer, in Mount Meron, around the reputed tomb of Rabbi Shimon Bar Yochai, a second-century Talmudic sage.