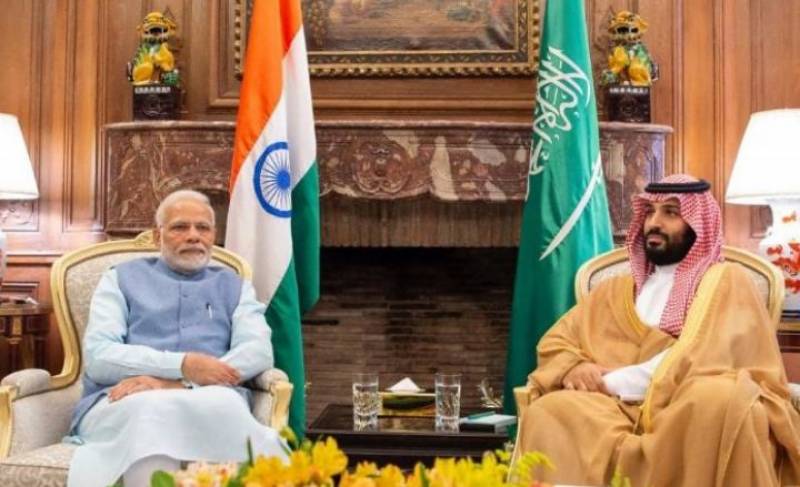 According to SPA, the two leaders met at the residence of the Saudi crown prince — known by his initials MBS — in the Argentine capital and discussed bilateral cooperation between the two friendly countries in the various fields. Both the leaders are in Buenos Aires to attend the Group of 20 (G-20) summit which kicks off today (Friday).

The meeting between the two leaders comes a few months after it was announced that — following US's reimposition of sanctions against Iran — India will cut its oil imports from Tehran to zero.

With limited exceptions, the US government's reimposed sanctions against Iran will hit countries that do not stop importing Iranian oil and foreign firms that do business with blacklisted Iranian entities, including its central bank, a number of private financial institutions, and state-run port and shipping firms, as well as hundreds of individual Iranian officials.

In September, the US government said that it is not going to provide a waiver to any country from curbs on commercial deals with Iran and the restriction applies to India as well.

The following month it was announced that India will be joining other Asian buyers such as South Korea and Japan that have already halted imports from the Persian Gulf state before American restrictions take effect in early November.

In the Buenos Aires meeting, Saudi Aramco’s investment in refineries in India — especially the large refinery on the western coast of India and in the field of crude oil storage — came under discussion, reported SPA.

Prince Mohammed accepted Modi's invitation to join International Solar Alliance during the meeting. The two leaders discussed investment in solar energy through the Soft Bank Vision Fund and through the Saudi companies which will build solar energy projects.

They also discussed the investment opportunities in the infrastructure through the Public Investment Fund and replacing Saudi Arabia's agricultural imports from other countries with Indian agricultural products.

According to SPA, the leaders discussed strategies to localise the military industry and cooperation in the field of military manufacturing in both countries and reviewed the available opportunities to export the Saudi non-oil products to India, and ways to develop bilateral trade.