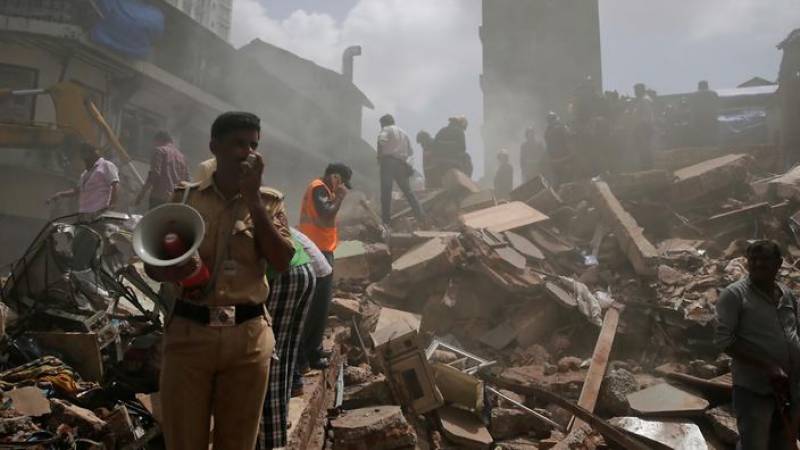 Mumbai (Web Desk): At least ten people have died and more deaths feared as a five-storey building collapsed on Thursday in Mumbai trapping over 30 people.

After the incident, rescue officials and police reached the site and started recovering people from the rubble. So far, four dead bodies have been pulled out, besides rescuing four people. It is feared that more than 20 people are still trapped under the debris.

According to NDTV, nine families were living in the old and dilapidated Arsiwala building on Maulana Shaukat Ali Road in the busy marketplace. It is unclear whether building was on a list of precarious structures or not.